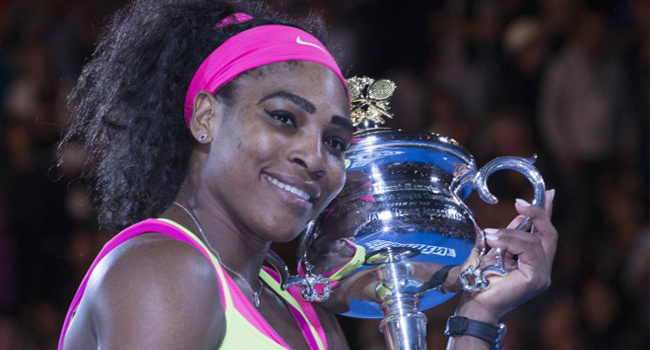 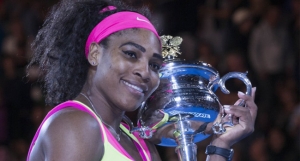 The American world number one earned a hard-fought 6-3, 7-6 (7/5) on the way to making history as one the greatest tennis players of all time.

She is now second only to Steffi Graf on the all-time Open-era Grand Slam winners’ list, having overtaken 18-time major champions, Martina Navratilova and Chris Evert.

“Standing here with 19 championships is something I never thought would happen, I went on the courts with just a ball and a racquet and hope and that’s all I had,” said Williams.

“I’m just so excited to have this title,” she added, revealing that she had been “throwing up” during a rain delay in the first set.

The American has been battling a cold all tournament and was coughing during the match.

Sharapova could have overtaken Williams if she had beaten the American on Saturday but she believes she remains on the path to closing the gap.

“Yes, I haven’t won against her many times, but if I’m getting to the stage of competing against someone like Serena, I’m doing something well,” said Sharapova, who has a 16-match losing streak record against the American.

At 33 and now the oldest woman to win the Melbourne title, Serena Williams still wants to win at Roland Garros. 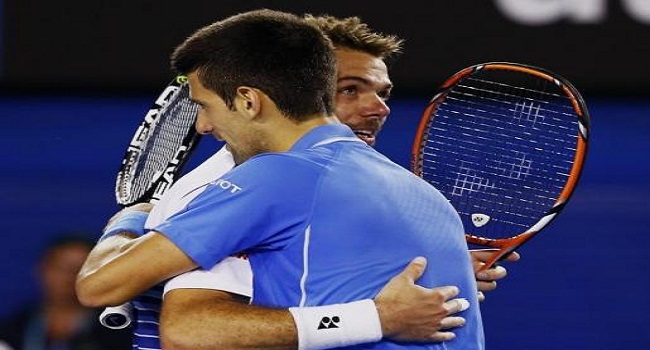 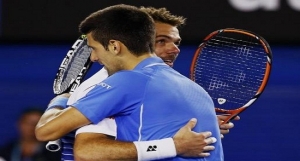 Novak Djokovic has reached his fourth Australian Open  final in the past five years with a five-set victory over Stan Wawrinka, the man who dumped him out of Melbourne Park in 2014.

During a courtside interview, Djokovic said, “As it was the case in the last two years we played five sets and I was ready for the battle.

“We pushed each other to the limit. Stan is a quality player. He made my life very complicated on the court.”

Wawrinka, however, could not explain his feelings after the match.

“Describe the match? Strange. Not the best, for sure,” said Wawrinka, who fell to 1-17 against top-ranked players.

The world number one faces old friend, Andy Murray, on Sunday, with the Briton looking to win his first Melbourne Park title in his fourth final.

“Andy and I go back to when we were 12 years old, that’s when we first played each other,” Djokovic said.

“We’ve known each other a long time, it’s nice to play another grand slam final against him.”

Djokovic is unbeaten in finals at Melbourne Park, claiming his first Grand Slam title there in 2008 and winning three straight years from 2011 before his run was ended in the 2014 quarter-finals by Wawrinka.

Djokovic has equaled the record shared by Roger Federer and Stefan Edberg for most Australian finals in the Open era. He has won all four of his previous finals, including two against Murray.