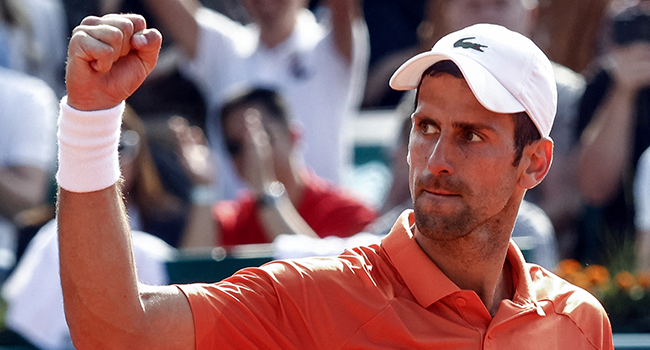 Novak Djokovic reached his first final of the year at the Serbia Open on Saturday after recovering from a set down to beat Karen Khachanov 4-6, 6-1 6-2 and described his home support as “phenomenal”.

The world number one will face another Russian, Andrey Rublev, who defeated Fabio Fognini 6-2, 6-2, as he bids for a third Belgrade crown, and the 87th title of his career.

“As soon as the second set started I was just feeling the ball, particularly the backhand which was not working in the first set,” said Djokovic.

“The second and third sets were the best two sets of the season for me. I used the crowd energy which was phenomenal, probably the best atmosphere that I played in my entire life.”

For the third match in a row, Djokovic dropped the first set after losing his serve in the opening game, but the Serb stepped up his level in the second and third sets.

“All three matches were key matches for me, to be honest,” added said Djokovic.

“Again I started not that great, losing the first set. I was a break down today as I was in the first two matches of the tournament.

“I think as soon as the second set started I was just feeling the ball and started swinging through particularly the backhand which wasn’t working in the first set.”

Djokovic beat the 26th-ranked Khachanov for the fifth straight meeting and sixth time in seven matches.

“To be honest with you in the second set, I don’t know how he does it, but sometimes he switches the mode and starts to play like a new match. I tried to have answers to that but today I couldn’t,” said the Russian.

The Belgrade event is only Djokovic’s third of 2022. He was deported from Melbourne — and denied the chance to defend his Australian Open title — after he entered the country unvaccinated.

He was also barred from playing at the Indian Wells and Miami Masters over his controversial Covid-19 stance.

The 34-year-old made the last eight in Dubai in February and then lost his opening match at the Monte Carlo Masters last week.

Rublev will be chasing his third title of 2022 on Sunday after Marseille and Dubai in February.

“It’s going to be fun,” said Rublev on facing Djokovic who won their only previous encounter in straight sets at the 2021 ATP Finals.

“I have nothing to lose, I can go and enjoy it. He will play at home, it will be his moment, so the best I can do is fight and try to do my best.” 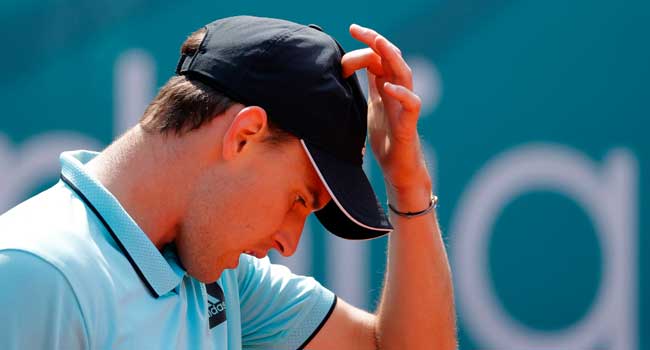 Dominic Thiem suffered a 6-3, 3-6, 6-4 loss to John Millman in the opening round of the Serbia Open on Tuesday in his first tour-level match in 10 months.

The 2020 US Open champion and former world number three had been sidelined with a wrist injury suffered in a grass-court tournament in Marbella in June last year.

The 28-year-old Austrian returned to action in the same Spanish city last month in a second-tier Challenger clay-court event where he lost in the first round. He tested positive for Covid-19 the day after that defeat.

Thiem, a two-time French Open runner-up and 2020 Australian Open finalist, has slumped to 54 in the world during his prolonged absence.