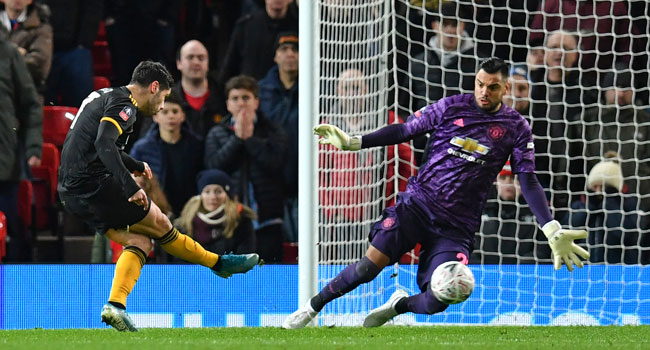 Manchester United goalkeeper Sergio Romero escaped unhurt after crashing his Lamborghini on his way to training on Monday, according to reports.

Romero, 32, was seen in images posted on social media standing next to the car which was wedged underneath a roadside crash barrier close to United’s Carrington training ground.

The Manchester Evening News cited a club source as saying Romero was involved in the crash but did not suffer any injuries.

Sky Sports reported the Argentina international was even able to take a normal part in training on Monday.

Romero signed for United in 2015 but has made just 53 appearances as he has largely been the second choice behind David de Gea. 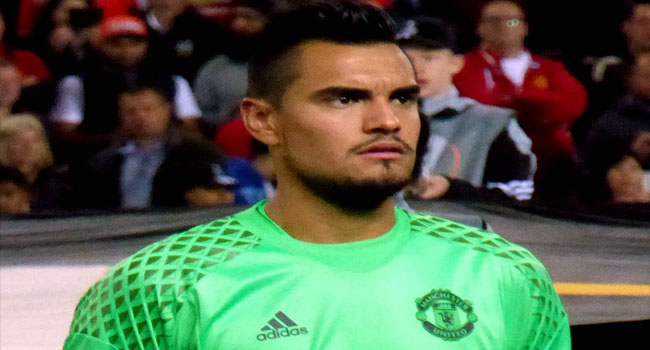 Argentina goalkeeper, Sergio Romero, has extended his contract with Manchester United that will keep him at the Europa League holders until 2021, the Premier League club said on Sunday.

Romero, who is understudy to Spain’s David de Gea since joining United in 2015, said he is delighted to have extended his contract with the Red Devils.

“I am delighted to have signed a new contract. Who wouldn’t want to be at the biggest club in the world?” said Romero

“This is the biggest club in the world, so I’m really happy to prolong my career here!” 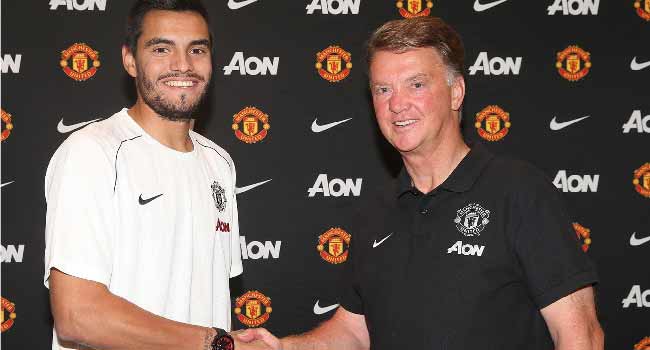 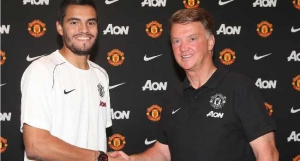 Romero was a free agent after leaving Sampdoria and will replace back-up keeper, Victor Valdes, who has been told he can leave the club.

Romero has 62 caps with the Argentine national team and played in the 2014 World Cup final, he also won the 2008-2009 Eredivisie title under Van Gaal at Az Alkmaar.

He said: “Sergio Romero is an international goalkeeper from the Argentina team. He was also a former player of mine. I was trainer-coach, manager of AZ Alkmaar in the Netherlands, I picked him up when he was 19 and he was a great talent. We became champions with him, with a minor club, and in the Netherlands it was a fantastic result of course.

“I know him very well and I think in our situation, if De Gea is going or not going, it is always a threat and we have to take care, make sure that we are prepared and that is why I think it is very good that Sergio Romero is now a Manchester United player”. 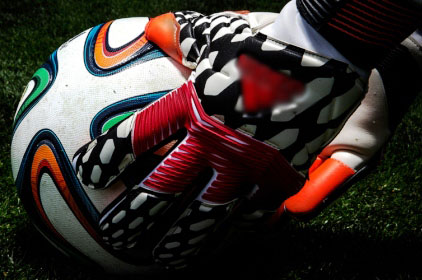 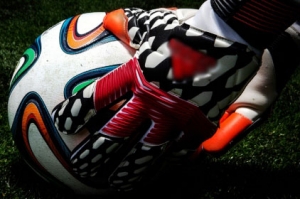 Below are the World Cup’s safest hands according to information on the FIFA website.

The Levante stopper was arguably Costa Rica’s best player at Brazil 2014, including a match-winning display in the Round of 16 tie against Greece. Making 21 saves in Los Ticos’ five games, he was awarded the Budweiser Man of the Match Award on three occasions. At 26-years-old the best years of his career are firmly ahead of him.

The Germany keeper has played in all of the Nationalelf’s six games so far, making 25 saves and completing 202 passes. He’s kept three clean sheets and been a commanding presence for Joachim Low’s side so far. After winning a host of domestic honours, the UEFA Champions League and the FIFA Club World Cup, the FIFA World Cup and the Golden Glove is now in his sights.

Penalty shoot-out saves from Ron Vlaar and Wesley Sneidjer sent La Albiceleste into the final, capping a fine tournament for the 27-year-old so far. The Monaco keeper has kept four clean sheets, making 15 saves in Brazil 2014 so far. Brought into international football by Diego Maradona, he has been Argentina’s first choice keeper for five years.

The 2014 FIFA World Cup Brazil have witnessed some remarkable displays of goalkeeping from Guillermo Ochoa’s spectacular stop from Neymar, to Tim Howard’s record-breaking 16 saves against Belgium.

There’s also been a string of fine displays from Costa Rica’s Keylor Navas, penalty heroics from Sergio Romero and an almost Libero-esque display from Manuel Neuer in Germany’s clash with Algeria.