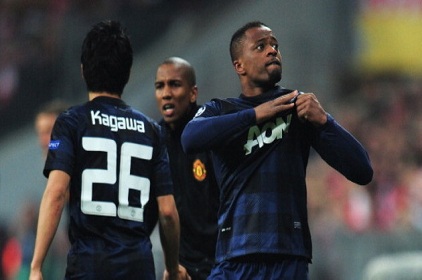 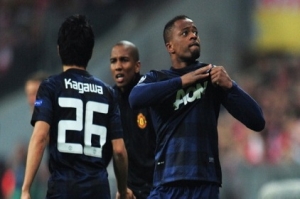 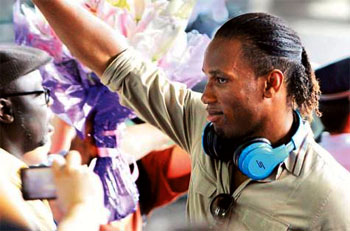 Giuseppe Marotta the Director General of Italian giants Juventus has declared that the club does not have any interest whatsoever in signing former Chelsea forward now plying his trade for Shanghai Shenhua Didier Drogba.

Juventus we hear is said to be monitoring Roma’s Pablo Osvaldo and Athletic Bilbao’s Fernando Llorente.

Didier Drogba we hear is not happy in his new club and because of this the Ivory Coast international has been linked to Turin to probably join Juventus so as to strengthen the squad with some firepower which the Ivorian is known for during his day at the London club.

This information prompted the reaction of the Juventus Director General saying the former Chelsea striker is not one of the candidates to strengthen the Serie A leaders’ attack in the January transfer window.

He said further that Juventus has never considered making a move for Drogba, that it is just a rumour and speculation. 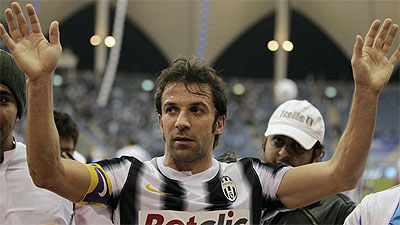 It can now be confirmed now that foremost Juventus player Alessandro Del Piero will be moving to Australia to play his trade for Sydney FC in a transfer deal worth $4 million after so much speculation, confirmations, retractions and negotiations as he has also become the most expensive football player from anywhere in the world to play in Australia particularly the A-League.

The $2 million a season contract was concluded last night in an event that had been as eagerly awaited in Italy as it has been in Australia, as the Juventus frontman appeared at a press conference beside Tony Pignata the chief executive of  Sydney in Turin at the Principi Hotel.

Sydney’s interest in Del Piero was revealed exclusively a week ago, and the club went public that a deal had been agreed last Friday, only for all parties to cool on that talk at the weekend, insisting there was more work to be done before the contract was signed.

After the deal was concluded last night around 8pm Australian time, Del Piero in confirming the deal at the press conference said ‘For the next two years, I am Australian, so to speak’.

The 37-year-old declared he will be spreading the word of football in Australia and that while he would keep his house and business in Italy, he wouldn’t be treating his A-League stint ”like a holiday”.

Club chairman Scott Barlow added it was a landmark day for the club owned by his father-in-law David Traktovenko, who is also the man who put up the massive wages to make the signing a reality.

“This signing is a major coup for Sydney FC, and marks a historic day for football in this country,” he said. “This is for all Australian football fans.

“Alessandro Del Piero is a global icon of the game, and we are honoured he has chosen Sydney FC, ahead of many other options, as the club where he will begin the next chapter of his illustrious football career.”

Del Piero began his professional career with Padova in 1991 but would make only 14 appearances there before making the switch to Juventus as a 19-year-old. It was there with the ”Old Lady” that Del Piero’s star shone brighter than anyone dared dream during an incredible stint spanning two decades.

He boasted a magnificent record of 208 goals in 513 league matches – and then scored a further 25 goals in 56 Italia Cup matches and another 53 goals in 129 European matches, all despite playing the majority of his career as a trequartista – a link player behind the strikers.

Despite his age, and despite being released at the end of last season, Del Piero still played 28 matches and scored five goals for Juventus – a season when they went undefeated in the league.

He is expected to move to Sydney in two weeks’ time, giving him a fortnight’s preparation before the Sky Blues’ first match of the new season, against Wellington Phoenix. 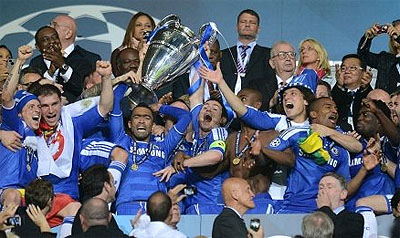 Last season EPL champions Manchester City has also been fixed to face Spanish giants Real Madrid who has been said to have been handed the toughest of all the draws by pundits because Real Madrid will be locking horns with three league champions in Manchester City, Borussia Dortmund and Ajax in Group D.

The Spanish champion beat Ajax 3-0 both home and away in last season’s competition as it will be itching to bid for a record 10th title at home against the Premier League champions.

Champions League winner Chelsea will begin the defense of its title at home against Italian giant Juventus, while Real Madrid will face Manchester City in the tournament’s toughest group.

The group stage pitched the holders against a Juventus side that stormed to the Serie A title and was unbeaten in all competitions last season apart from the Italian Cup final was done today.

With all four teams winning their leagues last year, it is no surprise Group D has been pinpointed as the toughest group.

Juventus should qualify for the knockout stage, along with Chelsea, which knocked the Serie A side out of the competition in 2009.

Meanwhile, Nordsjaelland is expected to do little more than make up the numbers in Group E.

Bayern Munich, last season’s runner-up, is in Group F with Valencia as well as Lille and BATE Borisov.

Manchester United, which failed to clear the group stage last season, also has a relatively weak group with Braga, Galatasaray and Cluj.

Big-spending Paris Saint-Germain returns to the Champions League after an eight-year absence and will play Porto, Dynamo Kiev and Dinamo Zagreb.

This is coming after the agreed transfer of Zlatan Ibrahimovic to Paris Saint-Germain in a reported 23-million-euro deal by the Italian giants.

Dzeko’s transfer to Milan is more than likely because there’s an urgent need for a replacement which why Edin Dzeko is AC Milan’s main priority right now, his agent Sead Susic said.

Dzeko signed for the Premier League club only last off-season after impressing at Wolfsburg, but it is believed that he has been deemed surplus to requirements by City manager Roberto Mancini.

Sead said there has been continued talks and the conclusion of talks will be in the next few days as Dezeko himself love the Serie A and AC Milan too apart from that, the deal is 70% possible. 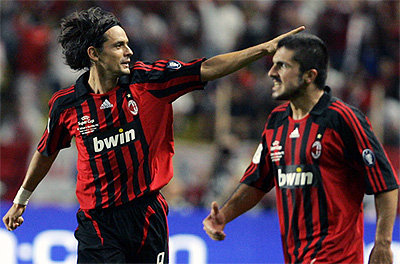 The duo of Gattuso and Inzaghi confirmed their exits from San Siro come season end after over a decade of fruitful service to AC Milan; one of the powerful clubs in the Serie A.

after an infrequent season and expiring contracts, they were given a green light to move and their release has made it the third football veteran to leave the Rossoneri with days in between, the first being Alessandro Nesta who revealed on Thursday that he will be exiting the club too this summer.

Gattuso started his career with Umbrian side Perugia and at the age of 19 took a transfer to Scottish team Rangers FC in July 1997 and with the exit of the coach Walter Smith who signed him, Gattuso left the club in 1998 as he never got constant playing time with the new coach and he often played out of position too. Gattuso moved to Salernitana for £4 million; an Italian club which was recently promoted to Serie A.

Gattuso joined Milan from Salernitana in 1999 for 8 million Euro,His style allowed Milan manager Carlo Ancelotti to place midfielder Andrea Pirlo in a more attacking position as Gattuso plays deeper in midfield as Gattus will often move forward to win the ball for the forward players and then return to his defensive position.

His style of play is characterised by fierce tackling and hard work — a style which has earned him the nickname of Ringhio (Growl).

He signed a contract extension in June 2003 and in October 2004 has made only six appearances this season after a serious eye problem forced him to spend several months on the side-lines.

Gattuso initially had the thought of staying at AC Milan if guaranteed an active role by the next season but changed his mind on leaving as he said there will be opportunity for young players to grow.

Inzaghi commonly known as Pippo was born August 9th 1973,is a World Cup and Champion League winner who signed for  AC Milan in 2001 with a transfer from Juventus with a deal of 37 million Euro and so far he has scored 125 goals in 296 appearances for AC Milan.

Inzaghi became the first striker to score in all international club competitions open to European teams after his double against Boca Juniors during the FIFA Club World Cup final in 2007.

Filippo Inzaghi is currently the second all-time most prolific goal scorer in European club competitions with 70 goals only beaten by Raúl’s 77 goals. He is also Milan’s top international goal scorer in the club’s history with 43 goals. He also holds the record for most hat-tricks in Serie A (10), and the UEFA Champions League (three – tied with Michael Owen and Lionel Messi).

He announced his plan to move on with an open letter which was published on the club’s website.