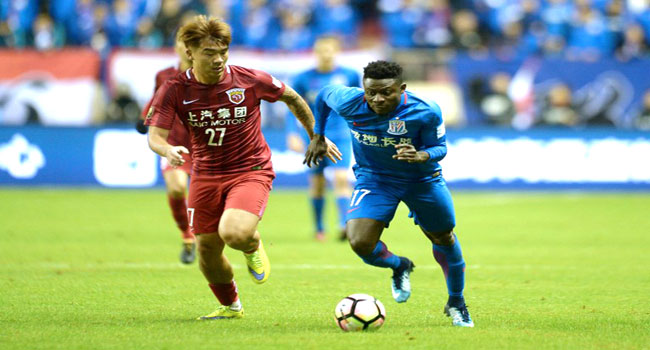 They did it in thrilling fashion and without Argentine forward Carlos Tevez, whose disastrous 11-month spell in China looks to be over after he failed to appear in either leg of the final.

Shenhua went into the two-legged tie as underdogs against an expensively assembled SIPG side featuring the Brazilians Hulk and Oscar, Asia’s most pricey player at 60 million euros.

Portuguese coach Andre Villas-Boas, whose future in China is also unclear having failed to lead SIPG to silverware this season, paid the price for a lack of ambition in the 1-0 first-leg defeat at Shenhua a week earlier — Martins the scorer.

At least SIPG went out fighting, winning 3-2 on an enthralling night at Shanghai Stadium.

Former Chelsea and Tottenham Hotspur manager Villas-Boas refused to be immediately drawn on his future, saying: “It’s not the time now to speak about this.

“SIPG know my decision and soon you will know about it.”

Chinese media say that Villas-Boas had to lift at least one trophy in his first season to stay in the job, but SIPG came second in the Chinese Super League (CSL) behind Guangzhou Evergrande and went out in the semi-finals of the Asian Champions League.

“For us it’s a pity, we were close to three trophies this season but we couldn’t achieve them,” added Villas-Boas.

“I think we are more ready now to face the challenges that lay ahead of us for the future.

“We had three knockouts and we failed them all, that’s my responsibility, I was the one that made the promise for this team to achieve success and I failed in this bid.”

Hulk and international winger Wu Lei both tested out the away goal and on 15 minutes SIPG took the lead.

Oscar crossed and Lu Wenjun was on hand at the far post to steer the ball back across goal.

Both sides had half-chances and three minutes before the break a moment of controversy.

Shenhua, with former manager Gus Poyet watching from the stands, though they had scored through Cao Yunding.

The away players wheeled away in celebration, failing to spot that the referee had blown up for an infringement by Martins.

The 33-year-old forward had given the side now coached by Wu Jingui a slender lead from the first leg, but he was adjudged to have impeded SIPG goalkeeper Yan Junling.

But on the stroke of half-time Shenhua did score and it was Cao again, swiveling inside the box to fire the ball past Yun for 1-1 on the night and 2-1 on aggregate.

Martins, once of Newcastle United and Inter Milan, looked to have won the tie when he cut in from the right and curled the ball beautifully into the top corner from well outside the box.

But Hulk buried a penalty four minutes later, then on 76 minutes SIPG took the lead on the night 3-2 when Shenhua captain Giovanni Moreno put the ball into his own net, setting up a frenetic finale during which SIPG’s Fu Huan was sent off.

It was Shenhua’s first FA Cup triumph since 1998 and earns them a place in next season’s Asian Champions League. 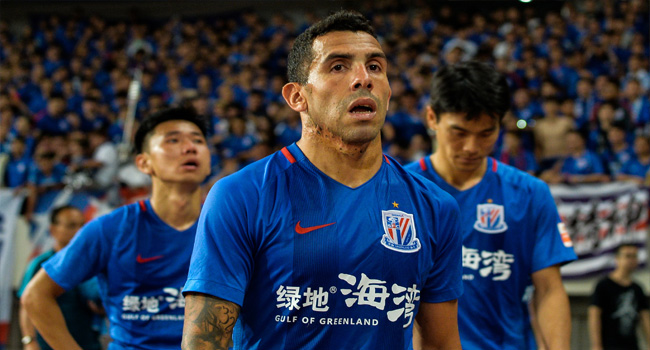 Handsomely paid Carlos Tevez cannot expect to play every game for the Shanghai Shenhua side just because of his famous name, the Chinese team warned on Monday, the latest twist in his turbulent spell with the club.

The Argentine, among the highest earners in football on a reported $850,000 a week, has endured a miserable nine months in China and did not feature again at the weekend.

Shanghai’s new coach Wu Jingui said earlier this month that the 33-year-old was overweight and would not play again until he shaped up, only to bring him on as a substitute for the derby at Shanghai SIPG days later.

He was back on the bench in the next game but on Saturday was not included at all in the 3-1 home win over Guangzhou R&F.

That sparked fresh conjecture about Tevez’s future in China, where he has failed to settle off the pitch and missed half the games injured.

Shanghai Shenhua spokesman Ma Yue on Monday hit out at media reports suggesting Tevez and Wu — who replaced Gus Poyet when the Uruguayan quit two weeks ago — had fallen out and said communication between the pair was “very smooth”.

Tevez “should have already realised, clearly, that he can’t be sure to be included in the starting line-up based on his fame only,” Ma wrote on Weibo, China’s equivalent of Twitter.

Ma said the player had brought his own private fitness coach from Argentina to help him get fit and was doing additional training sessions every day.

“All of the above is not to make excuses for Tevez, but I just want to say that he hasn’t given up like certain foreign media have said,” wrote Ma.

Tevez, who made his name at Boca Juniors in Argentina before moves to Corinthians, West Ham, Manchester United, Manchester City and Juventus, has struggled to settle in throughout his career.

The CSL season ends in November and Tevez has hinted that he would like to return to Argentina and Boca. 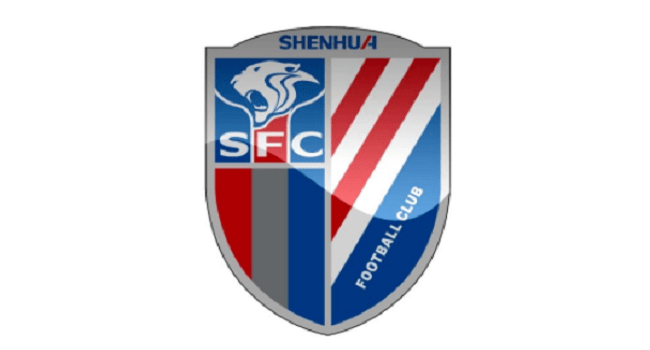 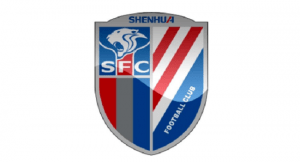 Shenhua said that online speculation about the result was tarnishing the club and told fans to “resist rumours”.

The club pointed to the fact that the performance of their players and the outcome of the game does appear like a that of team that wants to intentionally lose a game.

Jiangsu Suning has not yet commented on the issue. 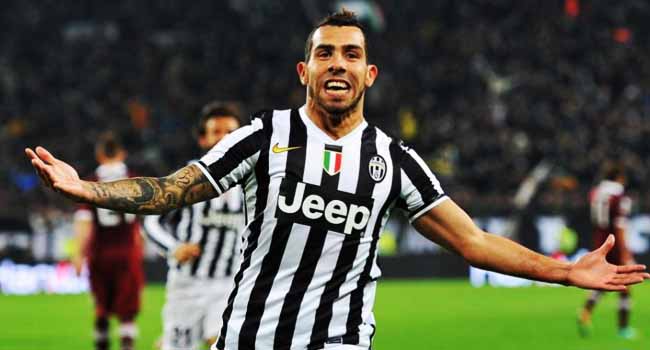 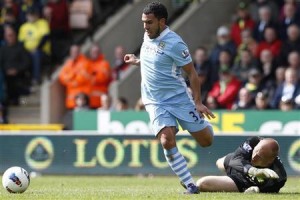 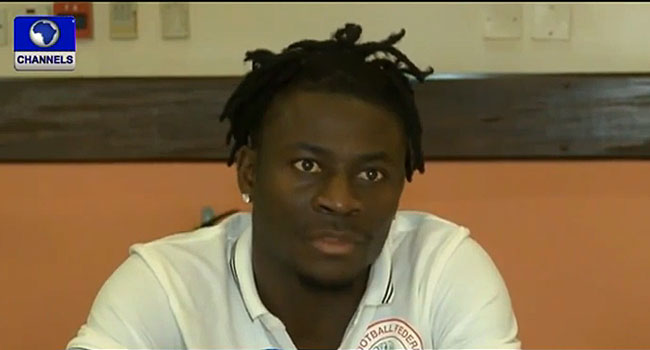 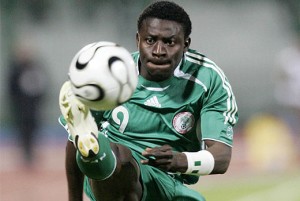 The 31-year-old joined Shanghai Shenhua in a multi-million dollar deal from Seattle Sounders.

Obafemi Martins joined the MLS club from Spanish side Levante in March 2013 scoring 43 goals and adding 23 assists in 84 appearances.

Martins was named the Sounders’ team MVP each of the past two seasons and was the runner-up for the league MVP in 2014.

The Sounders will open the MLS regular season at home against Sporting Kansas City on Sunday, March 6.

He scored 18 goals in 41 international appearances for the Super Eagles and was voted Africa’s most promising talent in 2003 and 2004. 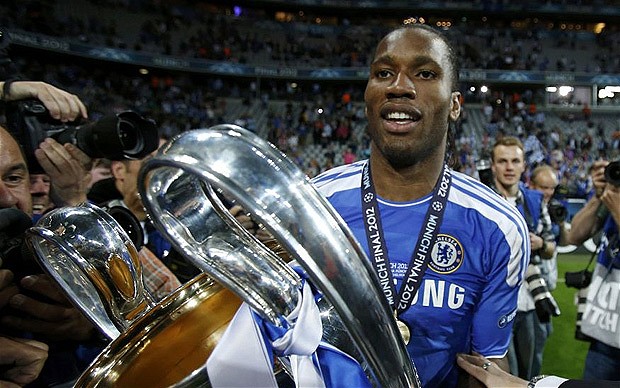 Didier Drogba has signed for Chinese club Shanghai Shenhua on a two-and-a-half year deal. The former Chelsea striker, 34, flies out to join his new team-mates in July.

Making the announcement on his website, the Ivorian striker state that “I have considered all the offers I have received in the past few weeks, but feel that Shanghai Shenhua is the right move for me at this time.”

“I’m looking forward to a new challenge, to experiencing a new culture and excited about developments in the Chinese Super League.”

“When Chelsea went to China last year, we had a great time and I met some amazing fans” “I hope to help promote Chinese football around the world and further improve the links between China and Africa” he added.

Drogba’s last act in a Chelsea shirt was scoring the winning penalty in their Champions League triumph over Bayern Munich.

The forward joined Chelsea from Olympique Marseille in a 24 million pound move becoming one of Jose Mourinho’s first signings.

Drogba won three Premier League titles, four FA Cups and two League Cups during his eight-year spell. In that time he climbed to fourth on the list of Chelsea’s all-time goalscorers with 157 and is also the club’s leading scorer in European competition with 34.

He said: “We have been wanting to sign Didier for a while and are very happy that it has finally happened.

“He is an incredible player, who has won so many trophies in his career. We feel that his experience and ability will be a very valuable asset to our squad.

“Shanghai is one of the most influential cities in the world and we are very excited to welcome Didier here.”