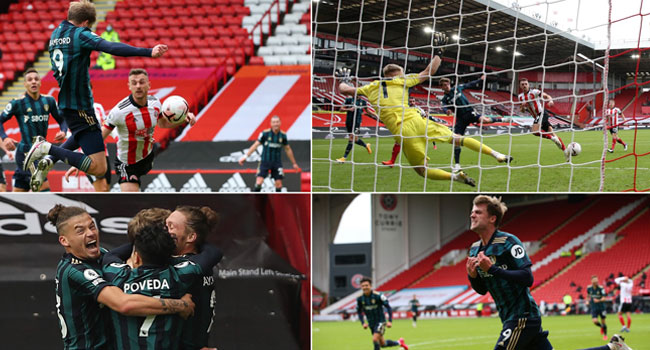 Bamford’s third goal of the season settled a hard-fought clash that was dominated by superb displays from Leeds keeper Illan Meslier and Blades stopper Aaron Ramsdale.

Leeds look well-equipped to enjoy a strong showing in their first season back in the top-flight for 16 years.

On their return to the Premier League, Leeds’ first two games produced 14 goals and they were the first top-flight side to both score and concede seven goals in their first two matches since Liverpool in the 1932-33 season.

But they needed just one goal to earn a valuable victory at Bramall Lane.

“It was a just result. The first half was even. We could have scored, but we could have conceded and the second half was a lot better for us,” said Bielsa, who refused to discuss reports linking Leeds with a move for Norwich midfielder Todd Cantwell.

The Blades have now lost six successive league games dating back to last season and they remain without a league goal this term.

“I’ll be glad to see the back of September. Have we got another game in September? I don’t think we have. So, a fresh start in October at Arsenal!” Blades boss Chris Wilder said.

The bad news kept on coming just before kick-off when Blades defender Jack O’Connell was ruled out for the season with a knee injury.

Leeds made a lively start to the first Yorkshire derby in the Premier League since 2001 as Luke Ayling tested Ramsdale from long range.

The Blades’ lack of confidence was clear and John Lundstram should have ended their barren run when he met Ben Osborn’s cross with a low strike, but Meslier flung himself to his right to make a superb save.

Ramsdale matched Meslier’s impressive stop with a fine save of his own as he kept out a rising drive from Stuart Dallas.

Meslier was unconvincing in Leeds’ first two games this season, but the 20-year-old made another good save to repel George Baldock’s rising drive.

Helder Costa and Bamford had strikes turned away by Ramsdale as the keepers remained on top at both ends.

Even when Dallas managed to get past Ramsdale, Chris Basham was there to clear off the line.

Ian Poveda came on for Leeds and the former Manchester City youngster immediately saw Ramsdale push his shot over.

But Bamford finally broke the deadlock in the 88th minute as he ended Ramsdale’s resistance with a close-range header from Harrison’s cross. 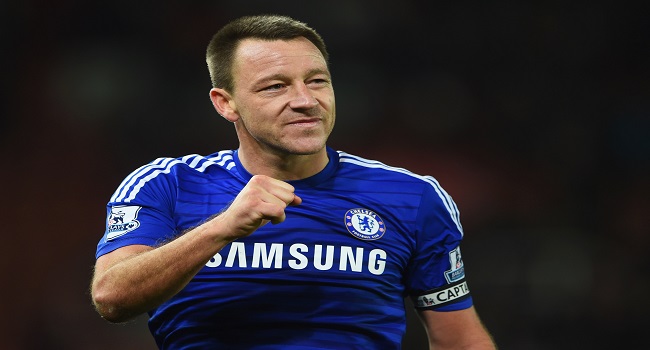 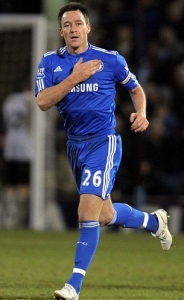 Chelsea FC Captain, John Terry, has expressed his desire to extend his playing career in the club by another 12 months.

The 34-year-old centre-back, whose contact expires at the end of the season, has made 656 appearances in 16 years for the Premier League leaders.

“The club know my position,” said the three-time UEFA Club Defender of the Year.

“I want to stay. Hopefully my performances are showing that and they can keep me.

“I’ll be happy to get one year and then see how it goes,” said the former England Captain, adding that “I’m taking it year by year. I haven’t got much choice.”

Chelsea’s all-time highest scoring defender, made his first team debut in October 1998, and replaced Marcel Desailly as the club captain at the start of the 2004-05 Season.

He is the most successful captain in the club’s history, having led Chelsea to three Premier League titles, a Champions League success, four FA Cups and two League Cups.

Terry’s former Chelsea and England team-mates, Frank Lampard and Ashley Cole, were allowed to leave the club once they had reached the end of their contracts.

Midfielder, Eden Hazard, 24, is the latest Chelsea player to sign a contract extension, a move that has been welcomed by Terry.

He said, “Hazard has just been done and that’s the most important for the club.” 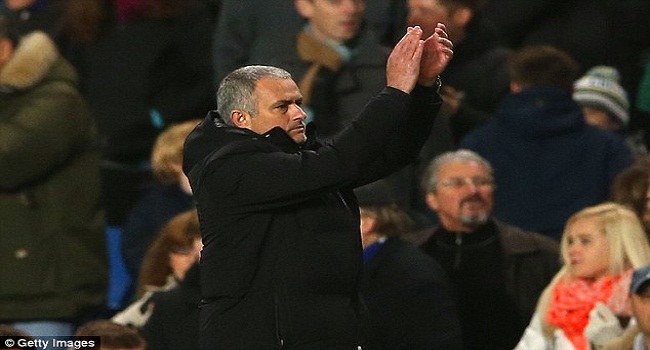 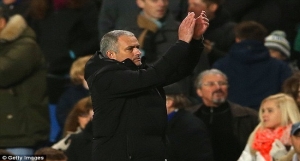 Jose Mourinho was full of praise for his side as a magnificent collective effort saw them overcome Liverpool, after extra-time, to reach the Capital One Cup final.

Branislav Ivanovic’s extra-time winner sent Chelsea into the Capital One Cup final at Wembley after a thrilling semi-final second leg against Liverpool at Stamford Bridge.

After a goalless 90 minutes, Branislav Ivanovic scored the decisive goal in the first period of extra-time, powering a Willian free-kick past Simon Mignolet to set up a final date at Wembley on 1 March against either Tottenham Hotspur or Sheffield United.

It was the visitors who had the better of the chances during the opening 45 minutes, with Thibaut Courtois making two excellent saves.

After the break, the Blues sprung into life as an attacking unit and looked the side more likely to find a breakthrough, with both Diego Costa and the marvellous Eden Hazard going close.

Ivanovic’s goal, however, proved the difference on the night, and Mourinho was understandably delighted to see his side progress.

“My view is that it was a big semi-final, two big games, this one was really big, with both teams at their limits and the result on the edge,’ said the Portuguese. “The result speaks for itself, 1-1 there, 0-0 here, extra time and one goal to decide.

“We had to be intelligent and wait for the moment to be in control of the game. That came in the second half; we were dominant, created chances and should have scored. Mignolet was amazing. When we scored the goal in extra time the team showed me maturity, control. It’s good for our improvement to play against a very good team and we did that.

“Chelsea supporters were fantastic today, the victory is for them. Last weekend’s defeat was ours, not the supporters.”

Chelsea boss Jose Mourinho, who missed Ivanovic’s decisive goal as he was in a heated debate with fourth official Phil Dowd, showed how much another trip to Wembley meant to him by celebrating wildly with his staff at the final whistle.

It was a result that helped banish Chelsea’s embarrassment of losing 4-2 at home to League One Bradford City in the FA Cup fourth round in their previous outing.

Liverpool will leave Stamford Bridge with regrets, especially after a horrendous headed miss by Jordan Henderson in front of an open goal that could have taken the game to penalties.

There may also be a price to pay for Chelsea as striker Diego Costa may face retrospective punishment for two stamps on Emre Can and Martin Skrtel that were not seen by referee Michael Oliver.

Costa, as usual, was involved in all of the action and should have been awarded a penalty when he was brought down by Skrtel in the first half, while the Spain international’s head-to-head clash with Liverpool captain Steven Gerrard earned both players yellow cards.