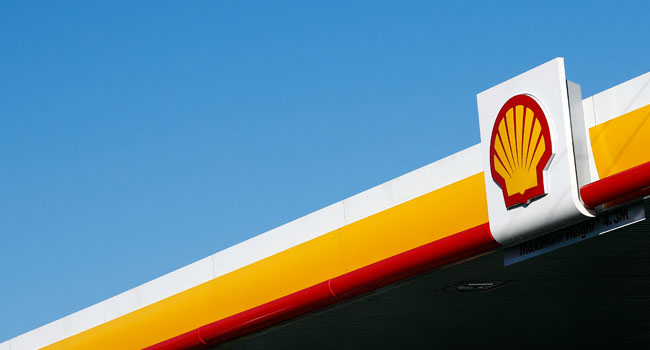 European oil majors have returned spectacularly to the black by posting huge first quarter profits as a recovery in crude prices helped them rebound from the coronavirus crisis.

It’s a far cry from the past year which saw global lockdowns decimate economic activity and oil prices fall off a cliff, taking the energy giants’ balance sheets with them.

Royal Dutch Shell led the way with $5.7 billion (4.7 billion euros) profit, with BP snapping at their heels on $4.7 billion and Total adding $3.3 billion while Repsol, browbeaten by two years of huge losses, scored a $783 million gain.

The results are a boon for the majors, who made tens of billions of cumulative losses last year as the health pandemic took hold and prices collapsed.

While crude prices have recovered, the firms also have to look to a future where renewables will play an increasingly important role as the energy transition accelerates and oil and gas production peaks lower and earlier than expected.

And the profits are also a reflection that the European oil are slimming down their staff levels.

Shell decided to axe more than 10 percent of its global workforce, or up to 9,000 jobs.

Shell, like some of its peers, has also been shedding assets. That gave it a $1.4-billion boost in the first quarter.

“Shell has made a strong start to 2021, generating over $8 billion of cash in the quarter,” said chief executive Ben van Beurden.

He added that Shell’s model is ideally positioned to benefit from recovering demand.

“Fortunately for investors these latest results come without the drama seen this time last year when Shell cut its dividend for the first time since the Second World War,” said Keith Bowman, equity analyst at Interactive Investor.

Total’s performance was not only in stark contrast to profits of just $34 million a year earlier, but it even outstripped profits of $3.1 billion recorded in the first quarter of 2019.

With investment in renewables, including acquiring a 20-percent stake in India’s Adani Green Energy and a windpower project off Taiwan “the group is accelerating its transformation into a broad energy company,” Pouyanne said in the group’s earnings statement.

Total is targeting operating cost savings of $500 million this year but plans investments of up to $13 billion, part of which will go to renewables and electricity.

The French giant warned that “the oil environment remains volatile and dependent on the global demand recovery, still affected by the Covid-19 pandemic.”

BP was a bit more optimistic on the outlook for this year, saying “oil demand is expected to recover in 2021 due to strong growth in US and China and as the distribution of vaccinations gains momentum and lockdown restrictions are gradually lifted.”

In addition to higher oil prices, said its strong first quarter result was also do to good performance by its gas unit and higher refining margins.

Repsol returned to profit after two years that accumulated $7 billion of red ink stemming from a drop in asset values and then 2020’s pandemic woes.

Shares in the quartet rose modestly on Thursday, Shell climbing 1.2 percent mid session in London, while Total added 1.0 percent, BP was up 0.8 percent and Repsol added less than 0.1 percent. 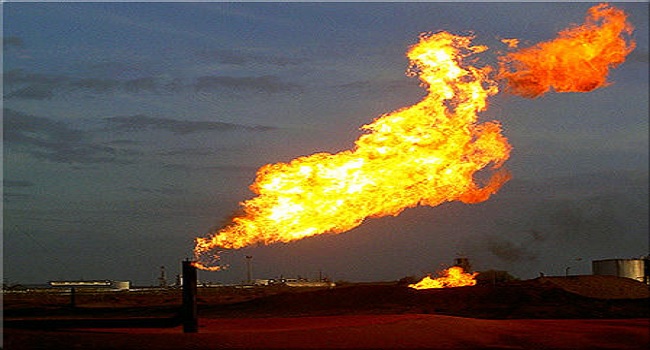 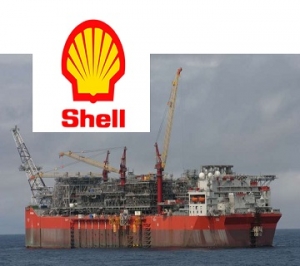 Shell has no timeline to restart the Seibou 2 wellhead it closed in Nigeria that in January after it leaked 550 barrels of crude oil, a spokeswoman said on Friday.

The company said it closed the well, which is operated by Shell Petroleum Development Company of Nigeria (SPDC), roughly 15 hours after the leak was detected.

The spill impacted 300,000 square metres of water surface, an area roughly the size of 42 football pitches, in Bayelsa State.

Shell said it had deployed booms to prevent further spread of the spill.

“A follow-up joint investigation visit is being planned to lift the line from underwater and determine the cause of the leak,” Shell said in a statement.

The Seibou field produced 1.3 million barrels of crude oil, an average of around 3,500 barrels per day, in 2013, according to the Nigerian National Petroleum Company, as well as 29 million cubic metres of gas. 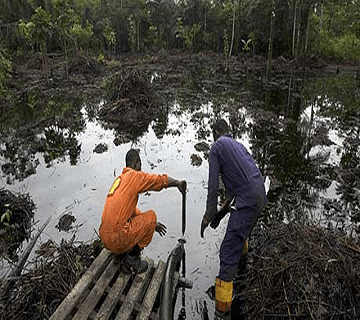 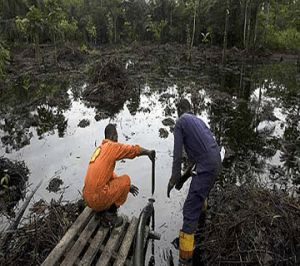 Environmental rights activists, led by Chima Williams, have asked the Federal Government to compel Shell Petroleum Development Company- SPDC – to pay compensation to communities and clean up the waters affected by the 2011 Bonga Spill along the Ondo, Delta, Bayelsa, Rivers and Akwa Ibom states.

Addressing a news conference on Thursday, the group accused Shell of ignoring government’s earlier directives to pay compensation and clean up communities affected by the spill.

Eight months after the Federal Government directed shell to pay 11.5 million dollars as compensation in February, community representatives have said that Shell has neither cleaned up the affected areas nor paid the compensations.