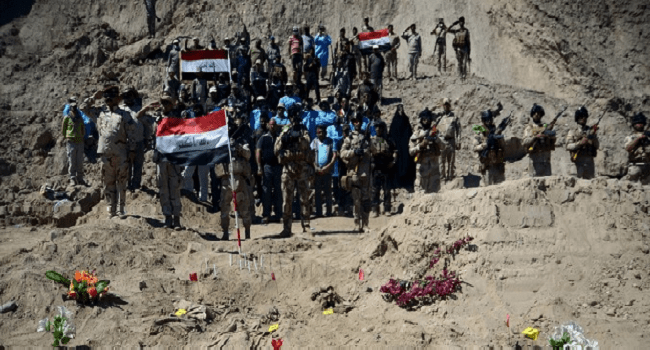 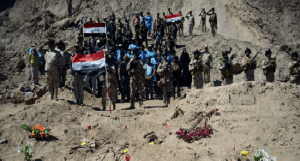 Iraq’s Army Chief says he needs only days to drive Islamic State from the city of Ramadi, whose fall in May exposed the weakness of the Baghdad government and dampened hopes of restoring control in the north and west.

Iraqi troops began advancing on Tuesday in an offensive complicated by rivalries and suspicions harbored by local Sunni tribes and by Shia militia backed by Iran. U.S. officials, concerned also by militant operations over the border in Syria, have expressed frustration at delays in seizing back the city.

“In the coming days will be announced the good news of the complete liberation of Ramadi,” Iraqia TV cited Army Chief of Staff, Lt. General Othman al-Ghanemi, as saying.

Government troops are now concentrating on the last district held by the militants in the centre of Ramadi, a Sunni Muslim city on the River Euphrates some 100 km (60 miles) west of Baghdad and capital of Anbar province.

If it is captured, it will be the second major city after Tikrit to be retaken from Islamic State in Iraq.

It would provide a major psychological boost to Iraqi security forces after the militant group seized a third of Iraq, a major OPEC oil producer and U.S ally, in a sweeping advance last year.

Progress has been slow because the government wants to rely entirely on its own troops and not use Shi’ite militias in order to avoid rights abuses such as occurred after the recapture of Tikrit from the militants in April.

Iraqi officials say Shi’ite militias are reluctant to yield power amassed with Iranian backing, making it hard to forge a unified strategy. Operations are also complicated by competition for influence in Baghdad between Washington and Tehran.