Ondo State Government says it has put all measures in place towards ensuring that Lassa Fever does not spread to the state again.

As part of efforts towards achieving this, the State Commissioner for Health, Dr. ‘Dayo Adeyanju held a sensitization meeting with the Primary Healthcare Coordinators as well as Surveillance and Focal Persons from the 18 local government areas of the state in Akure, the state capital.

In a chat with newsmen, Adeyanju said that the emergence of Lassa Fever in Ogun State which is a neighboring state, makes it important to activate outbreak control operations in the local governments.

Adeyanju declared that all primary healthcare operators need to become active as government would continue to create awareness to ensure the disease is prevented.

The Primary Healthcare Coordinator for Odigbo Local Government in Ondo State, which shares a border with Ogun State, Dr. Kayode Adegbehingbe, explained measures taken to prevent the spread of the disease.

He informed newsmen that immediately they heard that there was Lassa Fever outbreak in Ogun State, all hands have been on deck to ensure the disease does not spread to Ondo State.

He added that sensitization meetings have been held across the borders, giving assurance that with all measures that have been put in place, Lassa Fever would not enter Ondo State.

Earlier in the year, three cases of Lassa Fever were recorded in Ondo State, specifically in Ose LGA, close to the border with neighboring Edo State.

The Ondo government succeeded in controlling its spread. 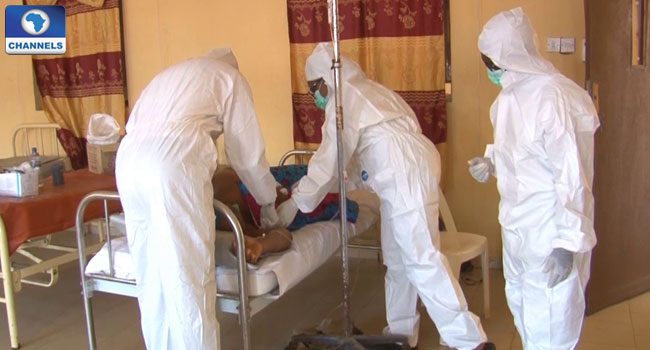 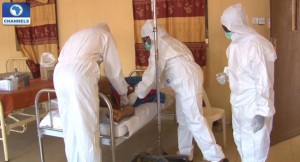 The Ogun state Commissioner for Health, Dr. Babtunde Ipaye, has said that 396 people have been traced and placed under surveillance in case they develop symptoms of Lassa Fever.

The 396 were said to have had primary and secondary contacts with the Assistant Chief Nursing Officer of Federal Medical Centre (FMC) Idi- Aba in Abeokuta, who died of the disease on Tuesday.

The Commissioner made this disclosure during an official commissioning of Shoremekun Memorial Hospital at Ifo Local Government Area of the State.

The Commissioner said so far, none of the contacts have shown abnormal temperature since they began monitoring.

He added that the medical officers attached to each of the contacts would continue to monitor them until they are medically adjudged to be free of the disease.

“All the 396 contacts have not shown any abnormal symptoms or signs of Lassa fever, their temperature is under control and we have stationed our monitoring officer with each of the contacts to continue monitoring throughout a specific period in line with the World Health Organisation (W.H.O), standard” he said.

Allaying the fears of residents, the Health Commissioner assured them that government was on top of the situation.

He however advised the people to cultivate high level of hygiene and keep their food away from rats.

Dr. Ipaye also advised members of the public to report any case of malaria symptoms that may have exceeded three days to the nearest General Hospital.