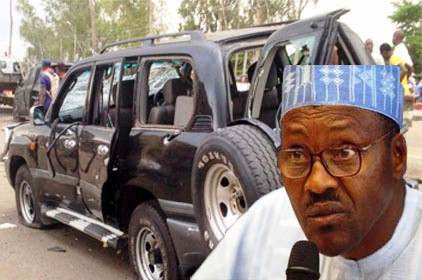 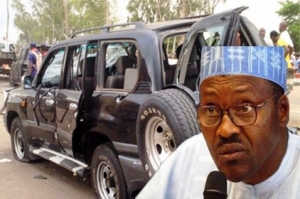 The All Progressives Congress (APC) has called for an international inquiry into Wednesday’s assassination attempt on its leader, General Muhammadu Buhari (Rtd), to unravel the motive and the perpetrators of the dastardly act that could have plunged the country into a deep turmoil, had it succeeded.

In a statement issued in Benin on Sunday by its National Chairman, John Odigie-Oyegun, the party said that it does not have the confidence that the Nigerian security agencies could carry out an impartial investigation, because they work for the Government instead of the nation.

It said that the call has become more urgent because the agents of the Federal Government have started muddling the waters with their statements and actions on the attack.

”How does one explain a situation in which a man who is nothing but a pervert is now being paraded as the suspected ‘mastermind’ of the attack on Gen. Buhari? At what point was this man, who perhaps is nothing but a transvestite plying his trade, arrested? Is it not clear, from the statement released by Gen. Buhari himself after the attack, that it was clearly the handiwork of a suicide bomber?

”Could the person who drove the vehicle that was rammed into the General’s convoy have survived the explosion that was triggered by that action? Could the innocent passers-by who died in the blast not have been arrested and paraded as the ‘suspected masterminds’ if they had survived the blast? Clearly, the arrest of the pervert and his sickening description as a ‘suspected mastermind’ have kick-started the process of muddling the waters, as is usually the case with such high-profile cases.

”This is why an urgent international inquiry into the attack is desirable and imperative, and anyone who is committed to an impartial probe of the attack on the opposition leader should embrace our call”, APC said, adding that the insurgency and its spin-offs were clearly beyond the capability of the Federal Government.

The party also said that the call has been further justified by the statements and insinuations emanating from the ruling People’s Democratic Party (PDP) and the Presidency, both of which they accused of “pointing accusing fingers at the same party (APC) that is clearly the target of the failed assassination attempt” on one of its top leaders.

The party expressed confidence that the masterminds of the failed assassination attempt on its leader would be exposed, whether or not the Government agrees to its call for an international inquiry.