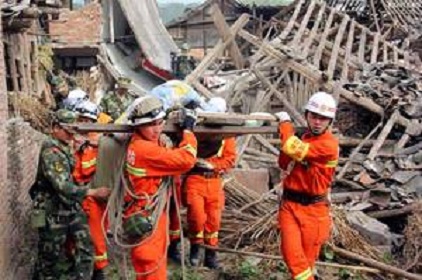 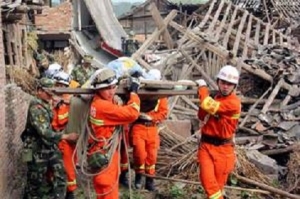 A magnitude 6.3 earthquake struck southwestern China on Sunday, killing at least 367 people and leaving 1,881 injured in a remote area of Yunnan province.

Thousands of buildings, including a school also collapsed as a result of the earthquake.

According to the U.S. Geological Survey, the quake registered at a shallow depth of less than 1 mile (1.6 km).

Chinese State Media, said it was felt most strongly in Yunnan as well as in the neighbouring provinces of Guizhou and Sichuan.

The official Xinhua News Agency, stated that the epicentre was in Longtoushan town in Yunnan’s mountainous Ludian county.

Communications have been seriously affected and rescuers are already at the scene.

Many people rushed out of buildings onto the street after the quake. Electricity supplies were cut and at least one school collapsed, Xinhua added, with more than 12,000 houses having collapsed and 30,000 sustaining damage.

The government promise to send 2,000 tents, 3,000 folding beds, 3,000 quilts and 3,000 coats to the disaster zone, where heavy rain forecast for the coming days will add to the misery and hamper rescue operations.