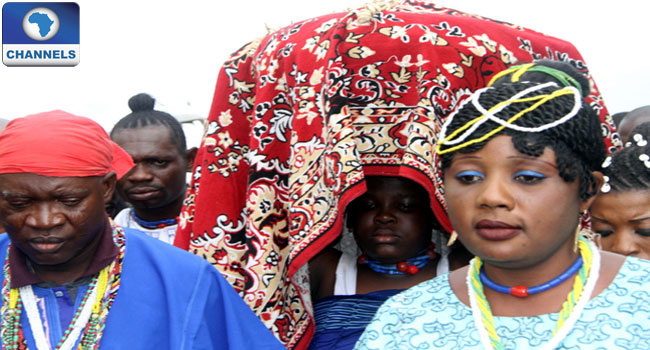 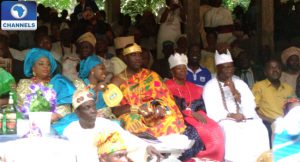 The Osun Osogbo Annual Festival held on Friday amidst speculations that the Votary Maid, ‘Arugba’, could be kidnapped.

There have been rumours of an alleged plan to abduct the Arugba on or before the Osun Osogbo Annual festival, but on the day of the festival, the atmosphere that surrounded the Osun groove was peaceful and the devotees were up and about doing their normal worship.

There was, however, a show of moderate security presence as an armoured personnel carrier was parked by the road side with four police vans on standby through the ‎route which the Votary Maid is expected to pass to the groove.

‎As early as 10 o’clock in the morning, the, Arugba, who was accompanied by the Osun worshipers and thousands of faithful, culture and tourism enthusiasts had proceeded to the groove for the celebration.

At the event ground, the Governor of Osun State Rauf Aregbesola, who was represented by a former Commissioner for Culture, Tourism and Home Affairs, Sikiru Adetona, called on the Federal Government and other stakeholders to latch on the benefits presented by the groove.

He emphasised that the government could incorporate tourism benefits of the groove and other festivals in its diversification plans.

He said: “Religion and culture should be properly propagated.

“Our culture has to do with our integrity, but we unfortunately do not celebrate our culture the way we should”.

Also, the Director General of National Commission for Museum and Monuments, Mr Yusuf Abdullah, lauded the organisers of the event for the facilities put in place to ease the entire process.

“The Federal Government appreciate the potential of culture to promoting tourism particularly the Osun Osogbo Festival which has been adopted as a world tourist centre by the UNESCO.

He said: “I can assure you that the government will continue to support it as well as support other festivals nationwide”.

Earlier, the Ataoja of Osogbo, Oba Jimoh Olanipekun, prayed for the peace and prosperity of the state and Nigeria in general. 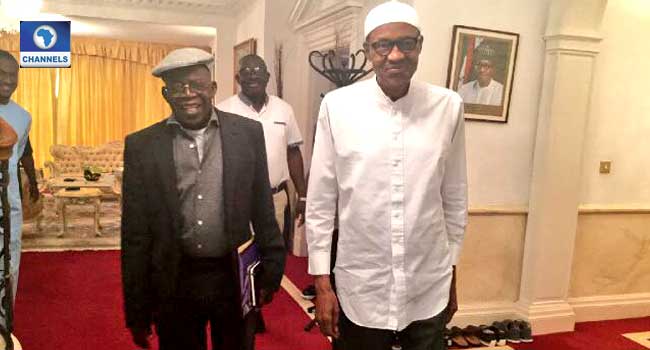 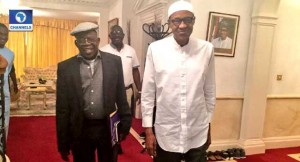 President Muhammadu Buhari, on Thursday, played host to the leader of the All Progressives Congress (APC), Asiwaju Bola Tinubu and the Awujale of Ijebuland, Oba Sikiru Adetona in London, United Kingdom.

The President shared photos of their visit via his Twitter handle on Thursday.

President Buhari has been away on a 10-day medical vacation to take care of an ear infection.

He was scheduled to end the vacation on Friday but would be arriving Nigeria on Sunday, June 19. 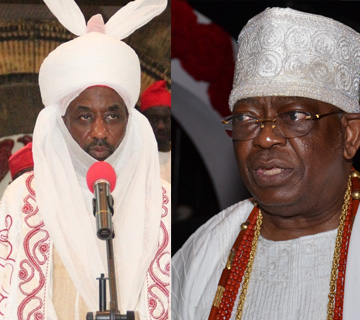 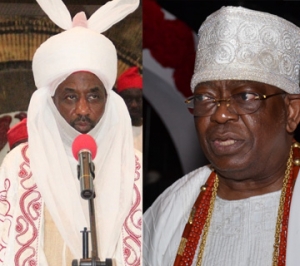