The Oyo State Government has reiterated its commitment to youth development through a sustained effort of providing entrepreneurial and skill acquisition programmes.

The State Commissioner for Youth and Sports, Mr Abayomi Oke, disclosed this at the weekend during the kick-off of the Oyo-Ajumose Business Leadership and Entrepreneurship Youth Programme Training Scheme also known as ‘OYO-ABLE’.

The programme was organised by the State Government in conjunction with the Bank of Industry (BOI), Central Bank of Nigeria (CBN) and Africa Leadership Foundation (ALF).

Oke explained that the state has been at the forefront of youth development in the country, emphasising government’s readiness to help the youth in the state to build sustainable businesses which will contribute to Nigeria’s GDP and in turn, boost the state’ economy.

“The entrepreneurship programme is mainly for the youth who have established existing business in any vocation and have registered their businesses with CAC.

“The scheme is to initiate a process of acquiring business management, strategic marketing and financial management skills needed for the survival and growth of small businesses.

“I want to note that Oyo state is filling the gap between skills acquisition (vocational training) and entrepreneurship development (Business Management skills), by offering training support where necessary,” he noted.

Oke further explained that the Ministry of Youth and Sports has prepared a more practical and interactive platform for the trainees at the end of the programme, whereby the participants will have access to soft loans needed for expansion of their business.

The Commissioner pointed out that the Oyo State Government, Central Bank of Nigeria with the Africa Leadership Foundation and the Bank of Industry, have developed a collaborative model of mentoring, where mentors meet with the trainees in order to help them build sustainable businesses.

He stressed that: “the goal of mentoring is to give the trainees an opportunity to run their businesses effectively which would contribute to the state’s GDP by being employers of labour.”

He assured the participants that the state Government under the leadership of Senator Abiola Ajimobi will refund the training fee of 5000 Naira which had been paid by the trainees.

While appreciating the Oyo State Government, the project director CBN Entrepreneurship Development, South-West, Ibadan, Dr Olumide Ajayi, said that a monitoring team comprising the Corporate Affairs Commission, Federal Inland Revenue Service and other regulatory agencies, will monitor the business activities of the beneficiaries so as to ensure the maintenance of standard procedures for their businesses. 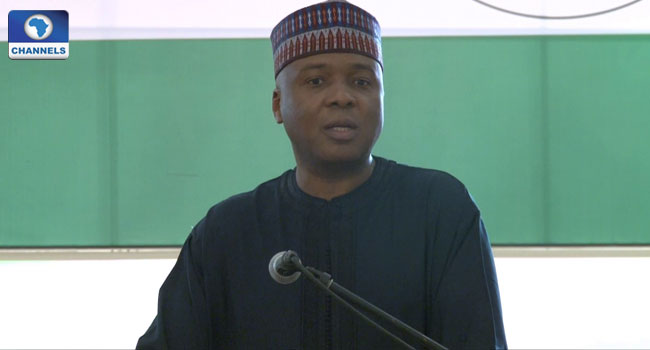 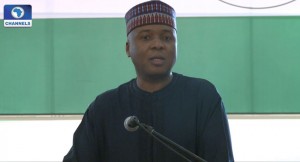 President of the Senate, Dr. Abubakar Bukola Saraki, has said that “government, the private sector and academia must redouble its effort to empower Nigerian youths for entrepreneurship and greater self-reliance.”

He was speaking in his National Assembly office about the upcoming technology and skills building training programme that will be launched in Kwara State on Saturday, November 12.

The Senate President said one of the greatest challenges the country has to grapple with, is the need to gainfully engage the country’s bulging youth population.

“According to the latest estimate from the National Population Commission, Nigeria’s population is now approximately 182 million people. More than half of the population is under 30 and another 40 percent of that are under the age of 14,” Saraki said.

He added that “national leaders like me have the responsibility to take heed to these numbers and develop future oriented technology, training and employment schemes to integrate the younger population into our new economy. We must make these young men and women entrepreneurs who can also be employers of labour instead of looking for non-existing jobs”.

Under the Skills Acquisition, Training and Empowerment Programme (STEP), 40,000 youths are expected to be trained over four years with advanced skills and technology training in areas such as computer engineering, software development, animation, cinematography, event management and many other areas where the participants can grow to be self-employed.

The goal of STEP according to Saraki, is to make participants globally competitive in the sectors for which they will be trained.

He believes such preparation is important for future employment, starting businesses, creating jobs and putting able bodied and motivated youths to work.

“I thought long and hard about how our society can bring youths off the margins of society for entrepreneurship or gainful employment.

“With the help of consultants and other experts, we were able to craft a programme whereby participants will be trained by Nigeria’s best and most successful business leaders, technology entrepreneurs and other industry practitioners.”

Saraki also noted that the future of Nigeria’s economic security rests with how we prepare today’s youth.

He said the International Monetary Fund (IMF) predicts Nigeria’s economy will contract by 1.7 percent in 2017.

“We must ask ourselves, are we to plant the seeds for a prosperous and abundant Nigeria? Or do we ignore the danger signs about the current youth bulge?” the Senate President stated.

“I for one, believe it is a national imperative for us to promote the development and education of our young people today, so they may benefit from tomorrow’s global economy”.

Also in a meeting on held in Abia state on Friday, the Senate President encouraged the purchase of made in Nigeria goods.

While visiting some members of the Leather and Allied Products Manufacturers Association of Abia State, he decried huge revenue of the nation that goes into buying foreign goods.

He therefore warned that any Ministry, Department or Agencies (MDAs) of the government which violates the Public Procurement Law will be dealt with.

The law has been put in place to compel the MDAs to give preference to locally produced goods in Nigeria. 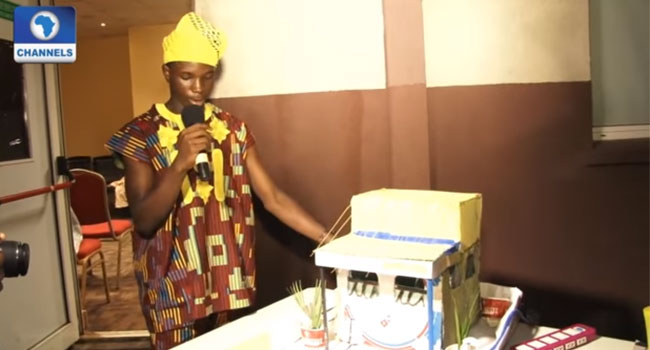 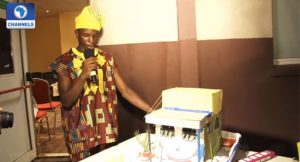 It was a 7-day mentoring and hands-on technical training programme with award and recognition for the over 30 children that took part in the programme.

The children had the opportunity to learn more about construction and engineering and then showcased what they had been doing during the weeklong programme.

To appreciate their efforts, one after the other, they were honoured for job well done.

In the course of the week, the programme focused on career guidance, mentorship, leadership skills, vocational and skills acquisition in construction.

With the theme, ‘Construction Can Be Fun’, the CEO of Construction Kaiser Limited, organisers of the programme, Igbuan Okaisabor, asked the private sector to identify and support secondary school students and expose them to construction.

He explained that the value added to the programmes’s young participants within one week would be better felt in the society if other organisations do the same.

The children expressed delight in the wealth of knowledge they had acquired in just one week and the organisers have said that they would to sustain it.

Addressing a news conference in Abuja, shortly after the ITF students protested their elongated stay in the skills acquisition centre of the fund on Tuesday, Dr Chukkas–Onaeko, urged the students to  remain calm, explaining that the problem of equipment procurement for the centre was being addressed.

The DG appealed to the students to focus on acquiring skills that would make them employers of labour.

Although the students have vowed not to return to the classrooms until their demands are met, the Dr Chukkas–Onaeko said the skills acquisition centre, which was shut down, was facing some challenges that would be addressed soon.

With an assurance that efforts are being made to ensure the graduation of the affected students, calm returned to the fund as policemen took charge of the premises to ensure the security of lives and property.