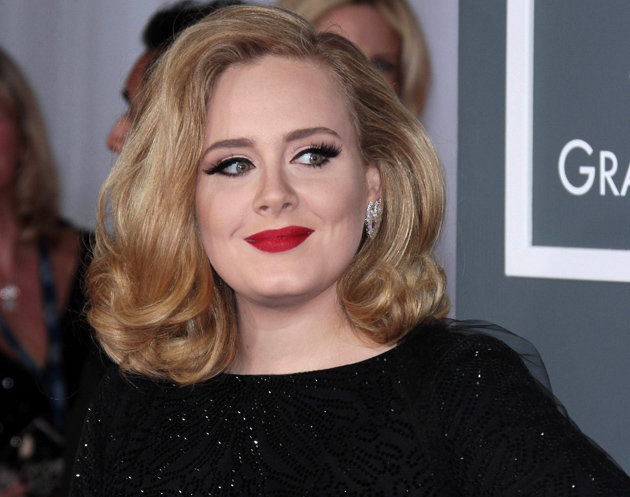 The eight-time Grammy award winner Adele has given birth to a baby boy.

It is the first child for Adele and the second for her boyfriend, Simon Konecki, who has a five-year-old daughter with ex-wife Clary Fish.

The 24-year-old pop star has remained largely out of the spotlight as she focused on her baby.

According to Adele “My baby is healthy and I am so excited!”

Going back into the recording studio to belt out “Skyfall,” the theme song for the new James Bond film just prior to giving birth, Adele is also working on her next full-length album.

Her new music, a source explains, will be inspired in large part by her new bundle of joy.

“The pregnancy has had a big impact on her songwriting!” explains the insider, who tells Us the new album will be lighter in tone than her breakup-themed disc 21, released in early 2011.

New music isn’t the only thing the busy mom has on her upcoming agenda. She and Konecki, 38, are anxious to wed!

Raised by a single mom, a pal tells Us that Adele “wants a low-key affair where her mother gives her away.”

More than anything, says the insider, “she wants to be a wife and mom.”

It can be said authentically now that Sony’s Xperia T mobile phone has gotten more prominence as it was mentioned as the ‘James Bond phone’. Although it does not come up as something suave and stylish, possibly throwing in some devilish weapon or a nifty tool to open impenetrable doors too but it comes with its own exclusive content via the O2 network.

Sadly it doesn’t come with a special handset design. Would it have been that difficult to stick a Bond logo on the back? Obviously it was which a shame is.

Instead, you’ll get a handset that is preloaded with Skyfall content, including the 007 ringtone, themes and screensavers, plus Skyfall images geo-tagged to the film’s locations. It also has exclusive James Bond packaging, which is nice, but it’s not something you can show off when you are out and about. As a final sweetener, a copy of the 007 Legends game is thrown in for free.

The phone itself remains unchanged technically, which means a set of features headed up by a 4.6-inch screen powered by the Mobile BRAVIA engine, a 13-megapixel camera with ‘Sleep-to-snap’ feature to take a photo quickly plus 1080p video recording, along with NFC connectivity and a 1.5GHz dual-core processor.

O2 has the phone down for a September launch, which ties in with what we heard about a launch right at the end of the month. Contact O2 for details of its pricing, which is unlikely to differ much from the standard version.

The 007-James Bond movie franchise has released a silent trailer for its latest flick which shows how the bond series has evolved.

Fast cars, super stunts, beautiful women, gun-toting protagonist on wicked nemesis are what make up the new James Bond film as usual which the British intelligence agent is known for.

Retaining his role as Bond for the third Bond movie, British Actor, Daniel Craig is seen in the trailer, playing a word-association game in an interrogation room as his superior.

They both exchanged the few words of the trailer, saying:  “Agent” is “provacateur,” “gun” “shot,” and “murder” is “employment.”

Then he says, “Skyfall” “and a startled Bond, seemingly summons courage and replied “Done” as he rose to accomplish his latest mission.

The movie is set to hit cinemas on the 3rd of November 2012.

See the trailer below.