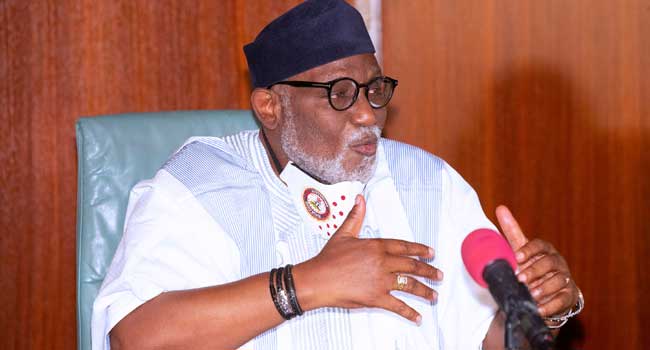 Ondo State Governor Rotimi Akeredolu has defended calls for the regulation of social media and is advocating the use of gatekeepers to sieve content before they are published.

“There must be gatekeepers. Yes, you want to publish any news you like, there must be gatekeepers using technology that will be able to at least, sieve what is right and what is wrong,” the governor said on Channels Television’s Sunrise Daily on Wednesday while explaining part of the communique issued by the South-West Governors’ Forum after a meeting held last week.

The Chairman of the South-West Governors’ Forum blamed fake news for the destruction of properties by hoodlums in the aftermath of the #EndSARS protests. He explained that no government would allow fake news to take over the cyberspace. According to him, “if we cannot be disciplined enough to be able to know that we don’t churn out news that can cause a lot of damage in the society, then the government itself must be proactive enough to find a way to control it.”

While explaining that the planned restrictions on social media would not affect personal conversations, the governor who recently secured a second term in office, said social media is already regulated in places like China and Russia.

“They won’t restrict my personal conversations, they would not restrict what I am saying to my friends but if I want to take out news and say that thousands have been killed in Lekki Toll Gate for instance, then before it comes out, I must have evidence of people who died on the ground,” Akeredolu noted.

“Show me and if it is not there, I will say to you cannot use my band to propagate such news item. That is what we are saying.”