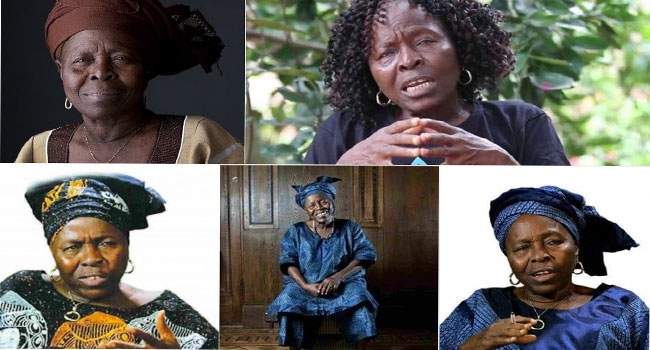 The announcement regarding the death of Professor Sophie Oluwole has stirred some buzz all over social media, with many still at a loss as to who she really was.

Sophie Oluwole was reported dead on Monday, she died at the age of 83.

Below are 6 major facts about the erudite scholar who is the first Nigerian lady to bag a doctorate degree in Philosophy.

Sophie was born in 1963 at an area of Ondo state known as Igbara-Oke.

The late professor had her primary and secondary education in Ife and she was critical of the educational system in the 1940s.

She studied History, Geography and Philosophy at the University of Lagos,  UNILAG, she would eventually settle on philosophy, a path which she plied all through her life.

4. First Female To Bag A PhD In Philosophy

After her first degree, she was employed in UNILAG for a time as an assistant lecturer in 1972, and went on to complete her PhD in philosophy at the University of Ibadan, thus making her the first female doctorate degree holder in philosophy in Nigeria.

As a qualified professor, Oluwole taught African Philosophy at UNILAG for six years between 2002 and 2008.

She was often called Mamalawo a nickname which was borne from her becoming the first female PhD holder in the country. The nickname was supposed to be the female version of the Yoruba word ‘Babalawo’ – a spiritual title which denotes a priest of the Ifa Oracle.

More to her nickname as Mamalawo is the fact that Sophie’s teachings and works were generally attributed to the Yoruba school of philosophical thought.

The ideology was ingrained in the cultural and religious beliefs (Ifá) of the various regions of Yorubaland.

According to Sophie, this branch of philosophy predates the Western tradition, as the ancient African philosopher Orunmila predates Socrates by her estimate.

Scholars believe that these two thinkers, representing the values of the African and Western traditions, are “two of Sophie’s biggest influences, and she compares the two in her book Socrates and Orunmila”.

Sophie reportedly died around 8pm on Sunday evening after a protracted illness.

Until her death, she was a senior lecturer at the University of Lagos and the Chief Executive Officer of Centre for African Culture and Development.