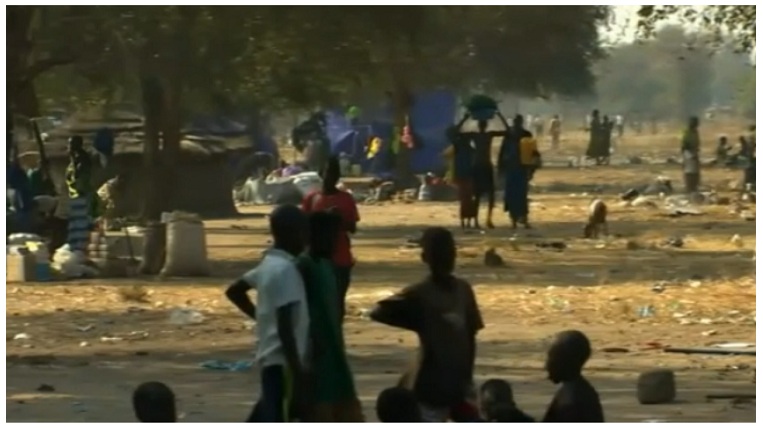 Rebels in South Sudan have expressed confidence that “full reconciliation” can be achieved with the government.

Information Minister, Michel Makuel said that the Government is committed to ending the conflict.

The conflict pits supporters of Mr Kiir against rebels led by his sacked deputy, Riek Machar.

At least 1,000 people have been killed since violence erupted on December 15.

The violence started after Mr Kiir accused Mr Machar of attempting a coup, that is still an allegation which he denies.

South Sudanese rebels and government negotiators will hold their first face-to-face talks on Sunday, after several days of delay.

The talks are aimed at reaching a ceasefire deal and end weeks of ethnic fighting in the world’s youngest state.

At a ceremonial opening to the talks at a luxury hotel in the Ethiopian capital Addis Ababa on Saturday, the leaders of the rival delegations hugged, but the faltering start to the negotiations has dampened hopes for a swift end to the violence.

The run-up has been overshadowed by continued clashes between President Salva Kiir’s SPLA government forces and rebels loyal to former vice president Riek Machar centred on the strategically located town of Bor.

The talks will focus on when and how to roll out the ceasefire that both sides have agreed to in principle, though neither has indicated a start date.

The head of the rebel delegation in Addis Ababa, Taban Deng Gai, repeated Machar’s call for the release of several senior politicians allied to Machar and for the state of emergency imposed by Kiir in two states of South Sudan to be lifted.

“We ask for … the release of political detainees and … free movement and political space for them to join us here,” Gai said at the opening ceremony.

Dina Mufti, spokesman for Ethiopia’s foreign ministry, told reporters that the direct talks would begin at 1200 GMT on Sunday.

Western and regional powers, many of which supported the negotiations that led to South Sudan’s independence from Sudan in 2011, are pressing for a peace deal, fearing the new fighting could slide into civil war and destabilize east Africa.

Clashes have already killed more than 1,000 people, driven 200,000 from their homes and rattled oil markets.

Hundreds of civilians sought shelter in the United Nations Mission in South Sudan’s compound adjacent to the Juba International Airport on Thursday (December 19) following fighting that broke out in the city on Sunday.

South Sudanese Government troops battled to regain control of a flashpoint town and sent forces to quell fighting in a vital oil producing area on Thursday, the fifth day of a conflict that has deepened ethnic divisions in the two-year-old nation.

The conflict, which has so far killed up to 500 people, has alarmed South Sudan’s neighbours. African mediators held talks with President Salva Kiir on Thursday to try to broker peace.

The fighting that erupted around the capital Juba on Sunday night has quickly spread, pitting loyalists of the former Vice President Riek Machar, a Nuer, against Kiir, a member of the dominant Dinka clan.

Fighting erupted on Sunday night between soldiers in the presidential guard, following a coup attempt on President Salva Kiir’s government by soldiers loyal to his former deputy Riek Machar.

However, Machar, whose dismissal in July led to months of tensions, has denied Kiir’s accusation that he had led a coup attempt.

The fighting, which broke out overnight and intensified in the early morning with reports of continuous gunfire and several explosions, has led to a night time curfew.

Mr Kiir said the government was in full control of the capital, Juba, after a night of heavy fighting.