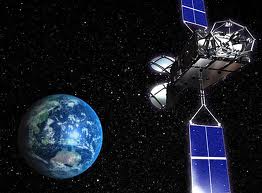 The Federal Government has been challenged to provide the much needed political will towards developing the nation’s space weather and space based technologies in order to effectively tackle the challenges of terrorism and food insecurity.

The call was made by participants at an international symposium and workshop on space weather and space based technologies held at the Bells University of Technology, Ota, Ogun State, Nigeria.

The four day international conference brought scientists and researchers together  from within and outside the country to share ideas and new developments in space based technologies, an aspect of science and technology  that has continued to reshape and add value to human living and existence

In his own submission, the vice chancellor of the bells university, Prof. Isaac Adeyemi challenged the federal government to look inward towards the developmentof this all important modern day development which has continued to promote on line banking, telephony, ATM, modern warfare, cable tv among other initiatives.