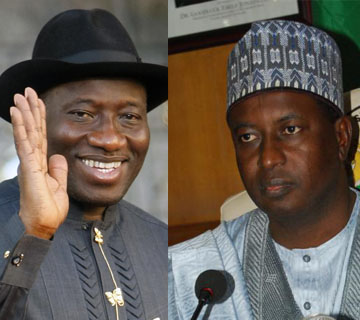 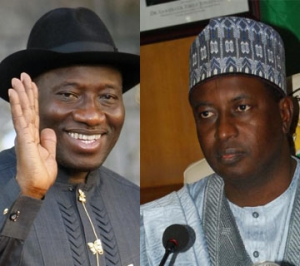 The Peoples Democratic Party (PDP) stakeholders from Southern Kaduna Senatorial Zone, have endorsed President Goodluck Jonathan and the State Governor, Mukhtar Yero, as their candidates for the 2015 polls.

At a political gathering held in Zangon Kataf Local Government Area of the State, to endorse the President and the Governor, the PDP stakeholders, led by Senator Nenadi Usman, stated that they had the mandate of their people to make the endorsement.

Senator Usman noted that Nigeria had witnessed rapid transformation in all the critical sectors of the economy under President Goodluck Jonathan’s administration, despite the current security challenges facing Nigeria, and therefore needs another tenure in order to consolidate on the achievements recorded so far.

The group said that the Governor on his part, had kept his promise of equitably distributing dividends of democracy to all parts of the state and had also kept the legacies of his predecessor, Late Patrick Yakow.

The group said that it reached a conclusion to compel Jonathan to contest, after a thorough and fair public opinion poll, which was carried out in the southern part of the state.

While they expressed displeasure over the frequent public attack on the Jonathan administration by the opposition, the PDP members urged the President not to  cave in to pressure or cheap blackmail.

However, while the Kaduna PDP leaders are perfecting their plans to maintain the status quo at both the federal and the state to remain, the All Progressives Congress, (APC), and a pressure group from the area, Concerned Southern Kaduna Professionals, believe that the time for change has come.

In their separate statements on Thursday, they stated that the Kaduna PDP leaders were entirely on their own, and the endorsement does not in any way have the support of the over 3million people of the zone, whom they represent.

Investigation has shown that Southern Kaduna has always voted massively for PDP since the inception of the democratic dispensation in 1999 and remain the strong base of the party in every election.