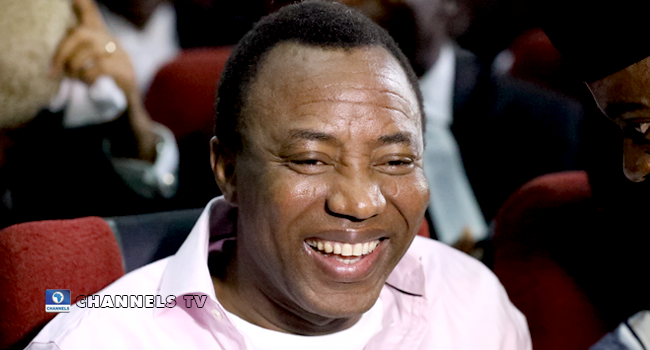 Human rights activist Omoyele Sowore has won the African Action Congress (AAC) presidential ticket and has vowed to defeat the godfathers in the 2023 general elections.

He emerged as the party’s flag bearer in the AAC convention held on Thursday in Abuja.

In his acceptance speech, Sowore told the delegates that the party is ready to beat the godfathers and those aiding and abating them.

“We are going out to defeat the security agencies who have been aiding and abating them.”

Prior to his victory, he had stepped down as the chairman of the party. Recently, the Appeal Court in Abuja affirmed him as the AAC chairman after months of a legal tussle with a faction of the party.