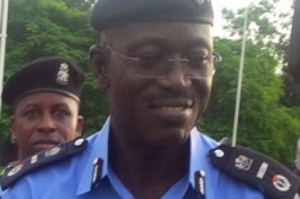 The Inspector General of Police, Mr Suleiman Abba, on Tuesday, donated over seven million naira to widows of police officers killed in Alakio in 2013 and 14 others declared missing in Gwoza, Borno State.

The cash donation, which Mr Abba said was part of his celebration of the Yuletide with families of the deceased policemen, also included bags of rice, tubers of yam and vegetable oil.

Making the presentation to widows at the 38 Mobile Police Squadron in Akwanga, the Inspector-General pledged the commitment of the Nigerian Police to protect and care for its own.

Mr Abba assured the widows of the police’s commitment never to abandon them as they grapple with the challenge of losing their bread winners.

Just as the presentation of the cash and food items was underway, the IG also shared a meal with the widows of the deceased policemen as there was also a barbecue spot.

The Commissioner of Police in Nasarawa State, Yakubu Usman, thanked the Inspector-General of Police for seeing to the needs of the widows during the festive season.

However, some of the recipients, who were full of praise for the Inspector-General of Police, appealed for employment opportunities to enable them support their families on their own. 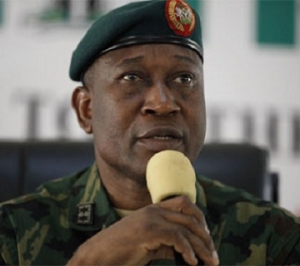 The military has been explaining the reasons behind the seeming delay in bringing an end to the ongoing insurgency in the north east of Nigeria.

The Director of Defence Information, Major-General Chris Olukolade, told Channels Television in an interview that the security forces are operating within the operational limits of conventional warfare.

He said, “The motivation of the Nigerian soldier is based purely, first of all on patriotism and service to fatherland.

“In that case, the motivation here will be different from somebody who is driven by suicide instincts, people who believe they are just there to die for whatever ideology they are holding on to.

“The implication of this is that whatever is motivating us is parallel. We will keep working for our country and protecting our people from those characters that seem to be driven purely by suicide.”

The Army Spokesperson also reacted to the issues being raised about the quality of weapons available to the soldiers at war with Boko Haram.

“On the issue of weapons, on a constant basis, the needs are being addressed. Its not as if the needs are not acknowledged, but after being acknowledged the important thing that should interest us is ‘are there efforts ongoing?’ Surely efforts are ongoing.

“Efforts are on to ensure that these weapons are available and working. Yes at a point they may not be enough because there is wear and tear once there is battle ongoing.”

Major General Olukolade also gave the assurance that the rescue of the Chibok girls remains a key part of their mission. 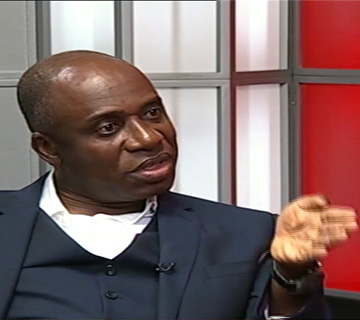 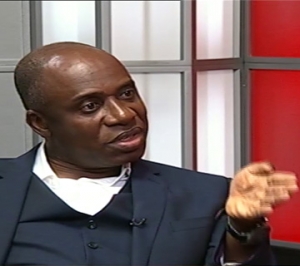 The Rivers State Governor, Rotimi  Amaechi, has addressed the allegations against him that he has been funding the presidential campaign of his party, the All Progressives Congress, APC, despite owing salaries of workers in his state.

Amaechi condemned the situation whereby Nigerians are told what he refereed to as lies about his administration of Rivers State, without any demand for facts to back their claims.

Speaking on Channels Television’s Sunrise Daily, “One young man, I doubt if he comes to Rivers State (as) he probably lives in Abuja, made the allegation that we have not paid teachers for eight months.

“We started paying December salaries yesterday (December 22) and we’ll finish today because the instruction was that they should make sure that no civil servant left for Christmas without his December salary.

“How can a young man who doesn’t have the statistics come here and say that?”

Governor Amaechi further said, “Some PDP states are owing. I can name them if you want me to, but I’m not sure if there’s any APC state that is owing salary.

“Now I have an appointment as the DG of Buhari campaign, I will not make a careless statement that I have no facts on.

“A Presidential Spokesman comes forward again yesterday and makes a statement about funding the campaign by Governor Rotimi Amaechi, and at the same time saying we are owing eight months salary. He had no facts.

“I have never owed salaries, whether (of) teachers or cleaners.”

This feat, he credited to his dynamism as Governor of the state, in fighting corruption and thereby raising the Internally Generated Revenue (IGR) of the state, which he claimed previous administrations fed on.

He added that the Federal Government should take responsibility for the poor situation in the states.

On his role as the Director-General of General Muhammadu Buhari’s Campaign Organisation, Governor Amaechi said that funding would be solely dependent on the contributions from Nigerians, as the All Progressives Congress, APC, cannot match the PDP financially.