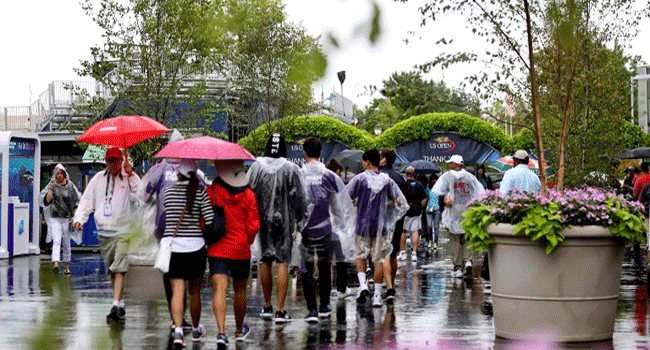 Steady rain prompted US Open officials to cancel 44 singles matches and postpone completion of 11 others under way when showers halted play Tuesday on the New York hardcourts.

Reigning French Open champion Jelena Ostapenko’s first-round match against Spain’s Lara Arruabarrena was under consideration to be moved under the roof at Arthur Ashe Stadium for completion.

A US Open statement said weather forecasts predicted “continuous rain throughout the remainder of the day,” prompting the wipeouts of outer court matches.

World number one Rafael Nadal’s first-round match against Serbian Dusan Lajovic was in the first set on Ashe when the decision was made to end outer court play for the day.

The roof on Ashe was closed after the first set of the day’s opening match — world number one Karolina Pliskova’s win over Magda Linette of Poland.