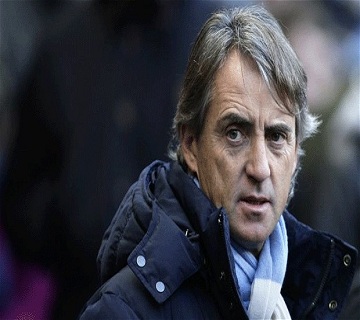 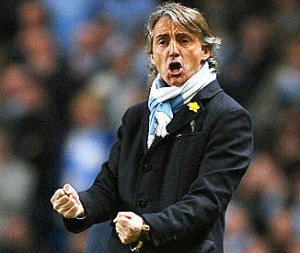 Inter boss Roberto Mancini has defended his dismissal in Sunday’s Serie A loss at Roma, claiming that he was right to be furious with the officiating.

Ther Nerazzuri twice came from behind to draw level at the Stadio Olimpico, with Andrea Ranocchia and Pablo Osvaldo cancelling out strikes from Gervinho and Jose Holebas.

But Miralem Pjanic earned Roma a 4-2 victory with a double in the final half hour, though, and Mancini was sent off by referee Paolo Silvio Mazzoleni for claiming that Inter should have had a free kick in the build-up to the Giallorossi’s decisive third goal.

“I was protesting, sure,” the 50-year-old coach is quoted as saying by his club’s official website. “But I had a reason to be doing so.

“You only need to watch the game, but I’m not interested in talking any more about the referee.”

Despite some minor complaints, Mancini was encouraged by what he saw from his players against Roma, in what was just his third match since replacing Walter Mazzarri as coach during November’s international break.

He said “We made some errors and we’ll need to work on that. The defeat doesn’t change our ideas, though. The most important thing now is that we take the positives from this game.

Inter’s defeat leaves them 11th in the table, six points behind third-placed Genoa.