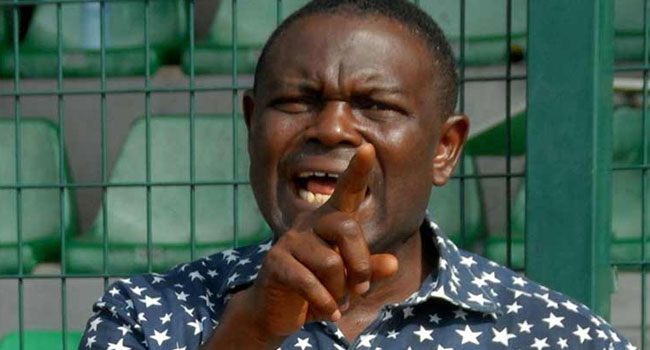 In a statement on Thursday, the police said the abduction of the coach happened on 15 June along Enugu/Port-Harcourt Expressway while he was on his way back from an away match against Adamawa United played in Gombe State.

The police spokesperson, Daniel Ndukwe, said two men travelling with Eguma alerted them of the ambush, which they said was carried out by unidentified gunmen.

Enugu state commissioner of police, Mohammed Ndatsu Aliyu has since launched a full-scale investigation to rescue the coach.

According to BBC Sports, Eguma is the longest-serving coach in the Nigeria Professional Football League as he joined the now-defunct Dolphins in 2008 and was retained by Rivers United in 2017 after the government merged Sharks and Dolphins football clubs to form a Port Harcourt club, Rivers United.

The Commissioner of Police, Enugu State Command, CP Mohammed Ndatsu Aliyu, psc, has ordered that no stone should be left unturned in the already launched full-scale investigation to rescue one Stanley Eguma (m), Head Coach of Rivers United Football Club of Port-Harcourt, and the arrest of the yet-to-be-identified gunmen, alleged to have abducted him on 15/06/2021 at about 1600hrs, along Enugu/Port-Harcourt Expressway.

2. The order is sequel to a complaint made at the Anti-Kidnapping Unit of the Command same date of the incident at about 1705hrs, by two other persons traveling with the victim, who alleged that the unidentified gunmen, operating in a white-coloured Hilux Van, trailed and forced the black-coloured Hilux Van conveying them from Gombe State to Port-Harcourt, to stop. They further alleged that the assailants pushed the two of them out and made away with the vehicle, and in the process abducted the victim to an unknown destination.

4. Meanwhile, the Commissioner has enjoined members of the public with useful information that will assist the Command in the ongoing investigation, to endeavour to provide same by calling the Command’s hotlines on: 08032003702, 08075390883, 08086671202 or 08098880172; or by sending an email to: [email protected] He assures the confidentiality of the informants’ identities. 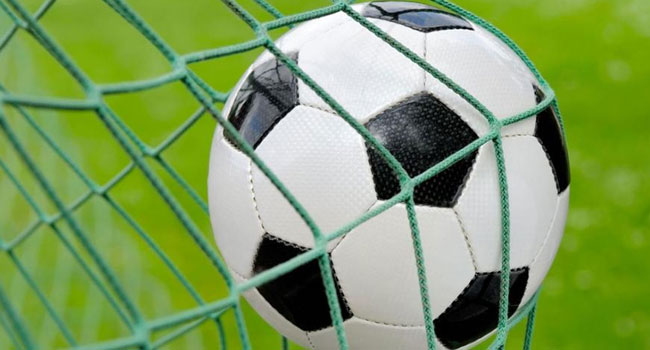 Eguma also charged his players to stay focused and approach the fixture with total commitment.

The Port Harcourt based side will leapfrog the Tunisian club in the Group A with a win and the coach believes victory with a good goal margin will be awesome.

The match will be played by 4:00 pm at the Yakubu Gowon Stadium, Port Harcourt, Nigeria. 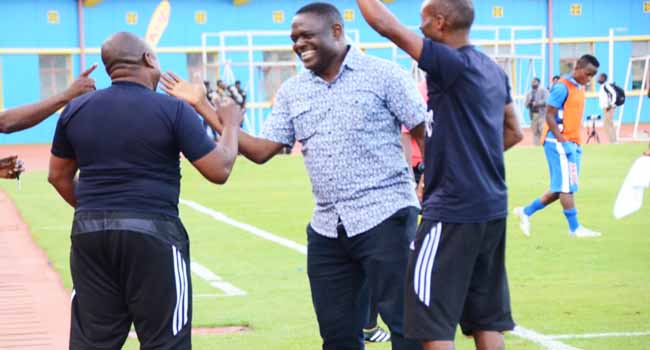 The Port Harcourt based Rivers United, held Rayon Sports to a goalless draw in the second leg in Rwanda to seal a 2-0 aggregate victory and afterwards, Eguma lauded his players for not panicking and sticking to the game plan despite being reduced to 10 men on 57 minutes.

Rivers, who are the only Nigerian team left on the continent, complete the lineup for the group phase of the Confed Cup ahead of the draw scheduled for Wednesday April 26 in Cairo, Egypt. Rivers United coach, Stanley Eguma, is relieved with his side’s 3-2 victory against Ikorodu United at the Onikan Stadium in Lagos State, southwest Nigeria.

Coach Eguma who was recently handed a three-match ultimatum said that he hopes the team would consolidate on the away victory.

Reacting to his team’s performance in the Day-9 fixture of the Nigeria Professional Football League (NPFL), the technical adviser of Ikorodu United, Sam Okpodu, admitted that the team was struggling.

According to Okpodu, the players are still learning how to handle top flight football.

Elsewhere, Giwa FC head coach said that his team must learn how to pick away points if they must fight for continental tickets this season.

The Jos based team suffered their third defeat in eight games following a 2-0 loss to Heartland FC in Owerri.

Heartland assistant coach, Mangut Mabwas, commended his side for handling the pressure to ensure his side recorded their third win of the season.