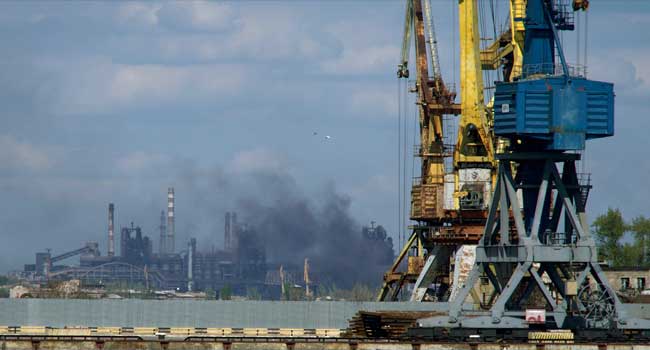 The United States on Monday suspended for one year the tariffs imposed on Ukrainian steel imports, a move designed to help the war-torn nation’s economy.

In the wake of the dramatic evacuation of civilians sheltering in a steel plant in Mariupol after Russian forces bombarded the port city, US Commerce Secretary Gina Raimondo hailed the importance of the industry that continues to operate and employ one in every 13 Ukrainians, providing them with an “economic lifeline.”

“We can’t just admire the fortitude and spirit of the Ukrainian people — we need to have their backs and support one of the most important industries to Ukraine’s economic well-being,” Raimondo said in a statement.

“For steel mills to continue as an economic lifeline for the people of Ukraine, they must be able to export their steel.”

The 25 percent tariff on steel was imposed in March 2018 to protect domestic industry, although a handful of countries were exempted.

Lawmakers and business leaders had called on US President Joe Biden to remove the duties to help ease the economic blow to the Ukrainian economy.

Raimondo said the move was “a signal to the Ukrainian people that we are committed to helping them thrive in the face of (Russian President Vladimir) Putin’s aggression.”

Ukraine accounts for only about one percent of US steel imports, according to the Commerce Department. 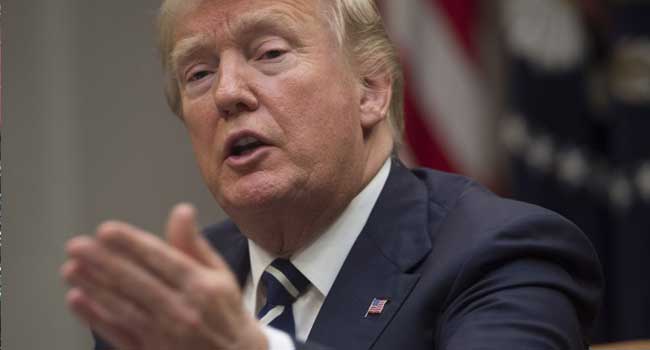 The International Monetary Fund warned Friday that the steel and aluminium tariffs announced by President Donald Trump will harm the US and global economies.

“The import restrictions announced by the US President are likely to cause damage not only outside the US, but also to the US economy itself,” IMF spokesman Gerry Rice said in a statement.

He said the move raises fears other countries could use national security rationale “to justify broad-based import restrictions,” and urged countries to work to resolve trade disagreements without such extremes.

It was the latest international reaction to Trump’s announcement Thursday that he will impose 25 percent tariffs on steel imports and 10 percent on aluminium, raising fears of a trade war and sending global stock markets tumbling.

Those fears were exacerbated early Friday when Trump welcomed a trade war in a blistering series of tweets, saying they are “good and easy to win.”

He raised the stakes saying he would seek to impose “reciprocal taxes” on all imports from trading partners that have duties on US exports.

Rice urged countries to step back from such harsh steps.

“We encourage the US and its trading partners to work constructively together to reduce trade barriers and to resolve trade disagreements without resort to such emergency measures.”

He noted that the steel and aluminium taxes would hurt the manufacturing and construction sectors, which are major users of aluminium and steel.