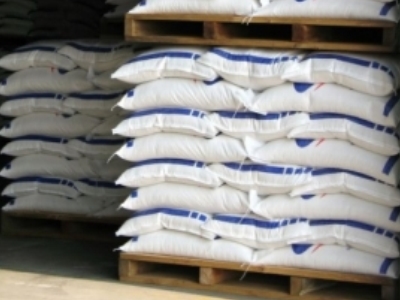 Farmers in Kaduna State are to enjoy 60% subsidy on prices of assorted fertilizers procured by the State Government for distribution in preparation for the 2014 farming season.

Speaking at the flag-off ceremony, the Kaduna State Governor, Mukhtar Yero, said that farmers in the state are to benefit from subsidised farm inputs under the State Agriculture Support Scheme and the Growth Enhancement Programme (GES) in partnership with the Federal Government.

He disclosed that beneficiaries under the GES Programme were to procure each bag of fertilizer at 2,700 Naira (about 16.9 dollars) and get one for free, jointly paid at 50-50 ratio by both the Federal and State Governments.

The assorted bags of fertilizers were jointly procured by the state’s 23 Local Government Councils at the cost of 2.3 billion Naira (about 14.4 million dollars).

He, however, cautioned the Local Government Chairmen to ensure that the fertilizers within their domain were sold to farmers at 60% subsidised rate by ensuring that the commodity was not diverted.

However, the Governor expressed worries over the incessant clashes between pastoralists and farmers in the state and announced that the State Government had approved the sum of 45 million Naira for the rehabilitation, expansion and improvement of existing facilities in the Grazing Reserves

He also said that drugs had been provided for the control of animal diseases and rehabilitation of veterinary clinics as part of the intervention projects aimed at putting an end to the incessant clashes between farmers and herdsmen.

The State Commissioner for Agriculture, Mr Isaac Bodams, said that the State Government had introduced comprehensive approach to agricultural revival in the State.

The State Government has provided 15,000 improved seedlings of Palm Trees in Kubacha Nursery for distribution to farmers in 2014.

The projects are part of the government’s initiative to eradicate poverty in the state.