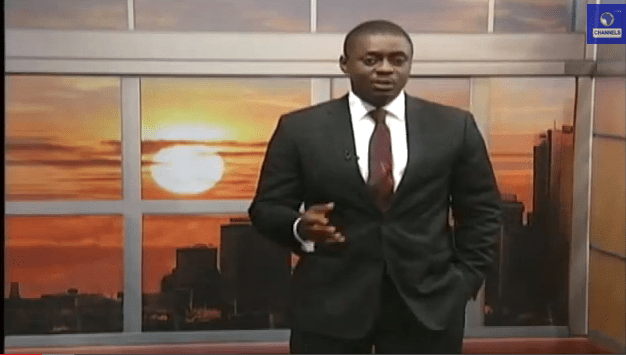 Sunrise Daily Host, Chamberlain Usoh on Wednesday morning gave a review of the major highlights, issues and episodes of the programme in 2013, including the Nigeria Governor’s Forum crisis in which two chairmen, Jonah Jang and Chibuike Amaechi, emerged following a controversial election which was held in May 2013.

According to a statement by Abia State Governor, Theodore Orji, the purported election that returned Governor Chibuike Amaechi of Rivers State as the Chairman of the Nigeria Governors Forum (NGF) was a ruse.

Other issues highlighted were the return of Taraba state governor, Danbaba Suntai, who was deemed unfit to continue to hold office as a result of his health, alleged fabrications by the Abia state government on its various achievements which an investigative journalist challenged on the programme.

Finally, the Nigeria Security and Civil Defence Corp (NSCDC) employment scam which led to an interview with the then Lagos State commandant, Obafaiye Shem. The interview with the officer, who was unable to state the official website of the agency, went viral online and produced the popular phrase, ‘Oga At The Top.” 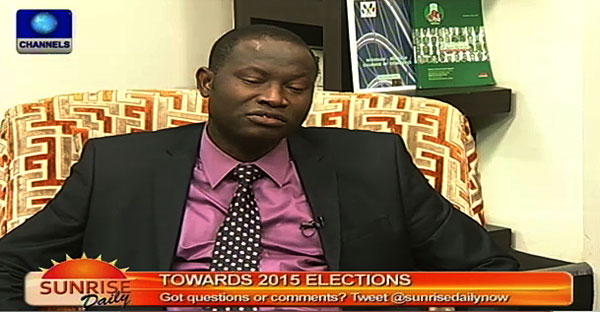 “Nigerians are not getting the best of politicians and political leaders as the mind-sets of those in positions and those seeking positions is not to serve but to become power mongers.”

These were the words of a legal practitioner, Jiti Ogunye, who discussed Nigerian politics, the emergence of new parties, deregistration and mergers of political parties, on ‘Sunrise Daily.’

Describing the political atmosphere as a game of Chess, he said “They are not giving Nigerians; a lot of options, I think what’s going are just ‘political calculation’, Chess game and this is not the first time it’s happening”

The legal practitioner hinted that the politics that our leaders and office seekers play is not in the interest of making Nigeria better but for their selfish interests and in order to achieve this, they gallivant amongst the political parties in the country seeking a suitable platform where they achieve their aims, making it a ‘do or die’ affair to man political offices.

“What’s paramount on the minds of many politicians in Nigeria is not service, they’re power mongers, and sometimes I wonder whether some marabouts or some spiritualists or pastors had told them they will be president in their lifetime or they will be governor”

“What they do is that they run across parties just hunting for platform,” he added.

Mr. Jiti cited the Ondo governor, Olusegun Mimiko who moved from AD (Action for Democracy) to PDP (Peoples Democratic Party) then LP (Labour Party) where he contested for the governorship position, then Ogun governor Ibikunle Amosun who move from PDP to ANPP and now ACN where he also became a governor as in instance of cross-carpeting.

He however juxtaposed the recent political scenario with the days of Action Group (AG) where according to him Rewane was a member for a long time and never sought political office.