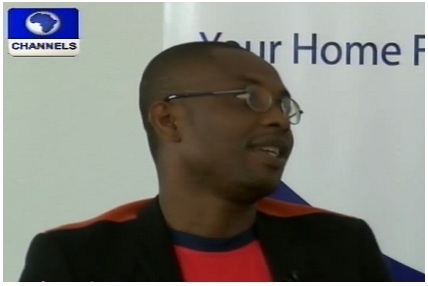 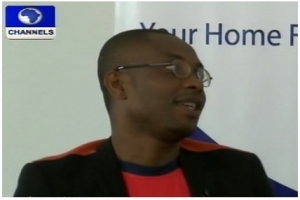 The exit of Nigeria from the World Cup has been attributed to poor selection and use of ‘peripheral players’ in the biggest football event.

A Sports Editor with the Weekly Star Newspaper and Director of Sports, Port Harcourt Chamber of Commerce, Anderson Hart told Channels Television on Tuesday that the players selected by coach Stephen Keshi were not the best the country had, insisting that players like Ikechukwu Ucha and Sunday Mba should have been given a chance to play in the world cup.

Heart pointed out that most of the players were not regular players in their various clubs.

“Right from the first day I saw the selection I told people that we didn’t have a team.

“We went to the World Cup with players that are peripheral in every respect. Most of them do not feature in their teams. They come in as subs and because of that I am not surprised with what I saw yesterday.

“It is unfortunate that Yobo made his exit from international football with an own goal. I for one, I would not have gone to the World Cup with Yobo.

“There were better players but I think Keshi was trying to replicate the consideration he was given in the USA 1994 world cup.

“Why must people like Sunday Mba be dropped, why must Ikechukwu Uche be dropped?

“Nigeria never went to the world cup with their best players. Ikechukwu Uche, highest goal scorer in the World Cup qualifier games and 14 goals for the Yellow Submarine, and you drop him?  You don’t sacrifice public interest on the altar of personal sentiments,” he said, insisting that Nigerians’ interest should be first in consideration of players.

Analysing the performance of the Super Eagles in the match against France that ended in 2-0 in favour of the French team, resulting to the exit of the Nigerian side from the tournament, Hart said that the team tried their best but could not take advantage of the respect that France showed them in the first half of the game.

“There was no attack and technical depth in the game,” he said.

Nigeria scored a goal in the first half but it was ruled out by the referee for an offside call and the sports editor said that Emenike was slightly offside, but that the referee reserves the right to either uphold the goal or disallow it.

“The goal that was disallowed by the referee could be disallowed or allowed by discretion. Just by the whiskers, Emenike was offside and the issue of bonus row also affected the players,” he said.

According to Hart, several issues also contributed to the ouster of the Eagles from the World Cup one of which, he said was the controversy and agitation surrounding the non-payment of the players’ bonus.

“Yobo told his team mates that it takes four months for players to get their bonus after World Cup. This is not normal and this should be addressed by the Nigeria Football Federation (NFF),” he said.

The sport journalist insisted that the Super Eagles were playing for self and not for the country.

“They were playing to get attention from clubs and not committed to the country’s interest”.

After the Super Eagles lost to the French side, coach Stephen Keshi resigned, saying he needed time for his family.

His exit has created a vacuum that the NFF would need to make a choice of a new coach to replace him and Hart said that as much as he supports the appointment of a local coach, a technical adviser should also be employed to handle the technical aspect of the team.

“I believe in local content but I think NFF needs to put their house in order to ensure that there will not be distractions of internal wrangling and bonus row because such issues have its toll on the team,” he said.

On individual performance of the players, Harts pointed out that the removal of Onazi due to injury weakened the midfield left in control of Mikel, who he said proved to people that the likes of José Mourinho who keep him on the bench were right .

“Mikel in this World Cup proved to most of us that he is not an attacking midfielder. He was a shadow of himself in the World Cup. He was like a Hummer jeep with a Jetta engine.”

For him, Vincent Enyeama made 23 saves in the World Cup, a record that no keeper could beat, stressing that he is the only player in the team that is featured on regular basis in his club.

He insisted that there were other players that could have performed better than some players that made the World Cup list.

“In every major tournament, we should always aspire to go with our best. There is a way the NFF can work out something to ensure that we get the best for major tournaments,” he said.