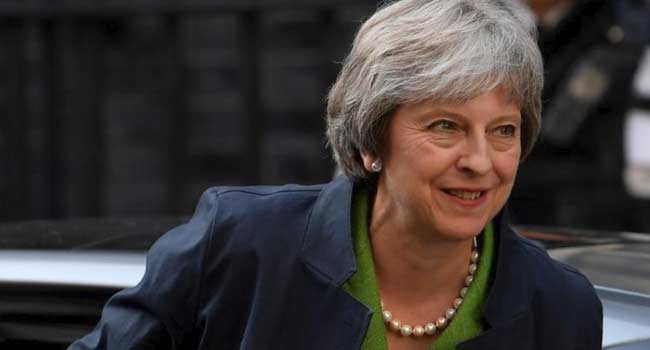 British Prime Minister Theresa May battled for her political survival on Thursday as ministers resigned and members of her own party plotted to oust her over a draft Brexit deal struck with Brussels this week.

May tried to defend her draft Brexit deal before a hostile parliament after two cabinet ministers including Brexit Secretary Dominic Raab, and two junior ministers quit the government.

May insisted that her proposed EU withdrawal agreement was the best deal Britain could hope to strike when it leaves the European Union on March 29, warning that the only alternatives were leaving with no deal or not leaving at all.

But members of parliament on all sides told her that there was no way it could pass their approval, with arch-Brexiteers and EU loyalists alike insisting it was already sunk.

As she spoke, the European Research Group of Brexit hardliners met in a parliamentary committee room to plot her removal.

ERG chief Jacob Rees-Mogg submitted a letter of no-confidence in the prime minister saying that “it would be in the interest of the party and the country if she were to stand aside”.

At least 48 such letters from Conservative MPs are required to trigger a vote of no-confidence in the party leader, but a majority of the party’s 315 lawmakers would have to vote against May in order for her to be ousted.

Amid the political turmoil, the pound plunged on currency markets.

May went into battle after Dominic Raab resigned as the Brexit secretary over the draft deal, while a second cabinet minister and two junior government ministers also walked out.

She faced a barrage of exceptionally hostile questions from MPs — not only from the opposition but from her own Conservative backbenchers.

“If we get behind a deal, we can bring our country back together and seize the opportunities that lie ahead,” May told lawmakers.

“The British people want us to get this done.

EU leaders will hold an extraordinary Brexit summit on November 25.

If they approve the agreement, the British parliament is scheduled to vote on it in early December.

But MPs lined up to tell May that it could not pass, Brexit hardliners who see the deal as conceding too much to Brussels, to EU supporters, several of whom called during Thursday’s session for a second referendum.

Raab said there would be a devastating impact on public trust in the government unless it changed course on Brexit.

“I cannot reconcile the terms of the proposed deal with the promises we made to the country in our manifesto,” he said in his resignation letter.

Suella Braverman resigned as a junior Brexit minister and Shailesh Vara quit as a junior Northern Ireland minister over the draft accord.

In parliament, Jeremy Corbyn, leader of the main opposition Labour Party, told May: “The government must now withdraw this half-baked deal”.

“This is not the deal the country was promised.”

May urged to resign

May had secured her cabinet’s collective approval for the agreement during a five-hour meeting on Wednesday.

But she accepted that delivering Brexit involved difficult choices all around.

“I do not pretend that this has been a comfortable process or that either we or the EU are entirely happy,” she said.

The pound plunged against the dollar and euro as Britain’s business sector gave a lukewarm verdict to the proposed agreement.

German Chancellor Angela Merkel said she was “very happy” that the EU and Britain had reached a draft agreement.

French Prime Minister Edouard Philippe warned that despite the draft, the prospect of Britain crashing out without a deal was “still on the table”.

“There’s no way to know if an accord will finally be agreed,” he said.

Speaking in Brussels, EU President Donald Tusk said EU member states would have until Tuesday next week to examine the deal and to agree with the wording of a parallel political statement setting out goals for the bloc’s future relations with London.

After that, preparations will begin for an EU summit on the following Sunday to sign the deal.

“I will do everything to make this farewell the least painful possible, both for you and for us,” said Tusk. 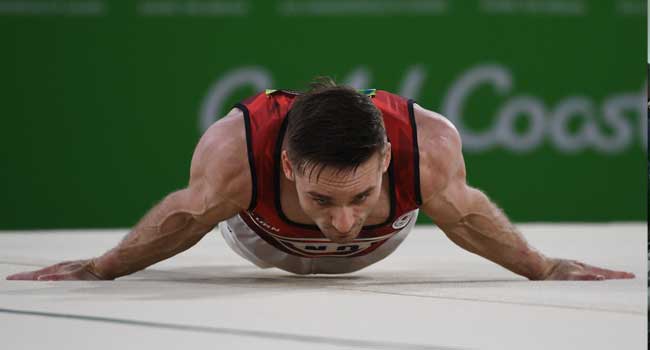 Exercising after a heart attack may help stave off death for longer, Swedish researchers said Thursday.

A study which followed 22,000 heart attack survivors aged 18-74, found that those who boosted their exercise levels after being discharged from hospital, halved their risk of dying within the first four years.

“It is well known that physically active people are less likely to have a heart attack and more likely to live longer,” said Orjan Ekblom of the Swedish School of Sport and Health Sciences.

“However, we did not know the impact of exercise on people after a heart attack.”

Ekblom led the research presented at a European Society of Cardiology congress in Ljubljana, Slovenia.

The team collected data on heart attack patients in Sweden, and their physical activity levels as reported six to 10 weeks or 12 months after the event.

Researchers documented how many exercise sessions of at least 30 minutes the survivers took part in — with zero to one weekly sessions categorised as “inactive”, and two to seven sessions as “active”.

“All types of activities could be included, typically with an intensity corresponding to a brisk walk or more intense,” Ekblom told AFP.

The team also measured whether the patients became less or more active over time, or maintained a constant level of activity.

Making provision for other factors such as the patients’ age, gender, smoking habits and health, the team then looked at trends.

“Compared to patients who were constantly inactive, the risk of death was 37 percent, 51 percent, and 59 percent lower in patients in the categories of reduced activity, increased activity, or constantly active, respectively,” said a press statement.

“Reduced activity” referred to patients who exercised initially after their heart attack, but then stopped.

“Exercising twice or more a week should be automatically advocated for heart attack patients,” said Ekblom. 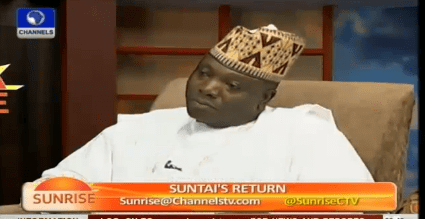