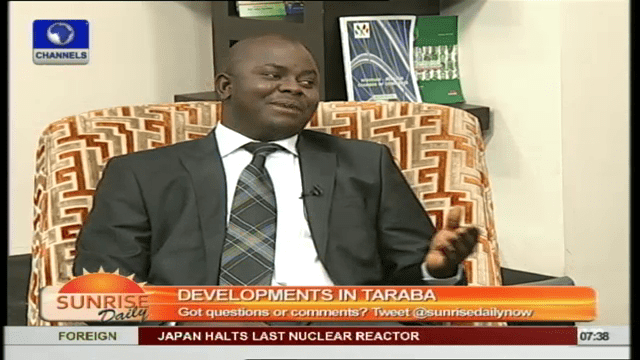 A legal practitioner Abbas Ajiya has said that the governor of Taraba state, Danbaba Suntai is still not capable of discharging the  functions of the office of the governor.

He suggested that a medical panel should be constituted to examine the governor and his medical record; and added that Mr.Suntai has requested his deputy to carry out the research but to no avail.

Mr. Ajiya mentioned that some citizens of the state have approached the deputy governor to hold a meeting to declare the governor incapacitated and supported by members of the Taraba state Executive Council.

A letter will be transmitted to the speaker of the House of Assembly, to enable the  setting up a medical panel that will do a thorough investigation of the true situation of the governor. 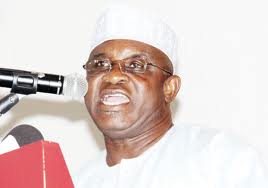 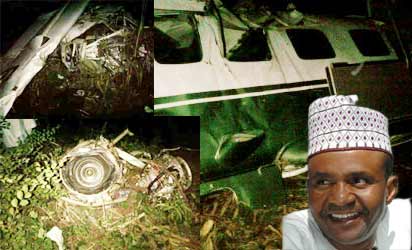 President Goodluck Jonathan says the federal government has put arrangements in place to fly the governor of Taraba state Alhaji Danbaba Suntai abroad for treatment if it becomes necessary.

Doctor Jonathan was speaking to Muslim faithful who came to pay him the Sallah homage in the Presidential Villa. He said that the governor is stable and that he will first be brought to the National Hospital in Abuja for treatment before any other action will be taken.

The Governor escaped death on Thursday after a plane he was flying crashed in Yola, the Adamawa State capital.

The governor, his aide-de-camp and chief security officer, who were also in the plane that took off from Jalingo, the Taraba State capital, and three others, were seriously injured.

Mr Suntai, who graduated as a pilot from the Aviation College in Zaria last year, was piloting the crashed plane. This would be the second time he is surviving a plane crash

The plane, a Cessna 208, 5N-BMJ, owned by the state government, crashed at about 7.45 pm, near the Nigerian National Petroleum Corporation (NNPC) Depot, on the outskirts of Yola.

The governor, who was brought in unconscious, was first taken to Yola Specialist Hospital for treatment, but was later, moved to the better-equipped Federal Medical Centre, Yola.

A statement from the Ministry of Aviation said the aircraft had six persons, including the crew on board when it crashed.