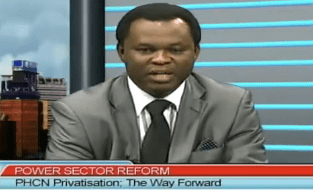 The Managing Director of Power Systems Limited, Mr Bimbo Onafowokan has said that the privatisation of Nigeria’s power sector is the answer to the problem of power failure, adding that the sector will eventually meet the people’s needs of electricity.

Speaking as a guest on Business Morning on Tuesday, he said “if we have been doing something for over 50 years and it hasn’t gotten us to our desired place, why don’t you try something else? I don’t believe it will get worse, it can only get better”.

“I believe we would see repeat in the power sector where the regulators would have a lot of challenges to bridge the gap between the desires of the consumers and those of the operators,” he said

Speaking about the controversy surrounding former staff of the power holding company that were paid off, Mr Onofowokan said “change has to happen.”