The Nigerian military has confirmed that one Mohammed Bashir, who has been acting or posing on videos as the deceased Abubakar Shekau, the eccentric character known as the leader of the Boko Haram sect, was killed in a counter-terrorism operation in the north-east.

In a statement, the spokesman for the military, Major General Chris Olukolade, said that Mr Bashir was killed after members of the terrorist group made not less than four attempts between September 12 and 17 to violate the security strategy and enter Konduga to attack citizens in the area.

“Air and land forces were subsequently deployed to handle the situation.

“The convoy of combat vehicles typical of terrorists’ mission that involves their top commanders, were fiercely engaged by the land and air forces. Several of the terrorists including some of their commanders lost their lives in the encounters which lasted an average of about four hours each, leading to the death of the man claiming to be Mr Shekau,” the statement read.

According to Mr Olukolade, the troops captured some of the terrorists and their equipment. He explained in the statement that “after normalcy was restored, inhabitants of the community, who were victims of terrorists activities corroborated information on the identity of Mr Bashir, alias Abubakar Shekau, alias Abacha Abdullahi Geidam and alias Damasack”.

He emphasised that the recent devastation on the leadership of the insurgents was as a result of the renewed commitment to the mission of eradicating terrorism in Nigeria.

The military warned that “since the name Shekau had become a brand name for the terrorists’ leader, it would remain resolute to serve justice to anyone who assumes that designation or title as well as all terrorists that seek to violate the freedom and territory of Nigeria”.

The Defence Headquarters also applauded the gallantry of the Nigerian troops who had remained undaunted and professional in prosecuting the campaign against terror.

It also mentioned that the keen interest exhibited by Nigeria’s neighbours and allies had been commendable, reassuring all allies in the war against terrorism of the Nigerian military’s resolve to maintain momentum in the efforts to decimate and defeat terrorists.

The military further stressed the need for all Nigerians to be alert, vigilant and cooperate with security forces in the war on terror campaign.

Meanwhile, a total of 135 terrorists on Tuesday evening surrendered along with equipment to troops around Biu Local Government Area in Borno State.

According to the military’s statement, a group of 88 submitted themselves at Mairiga/Bun-Yadi while another group of 45 terrorists were taken in around Mubi-Michika.

They are all being interrogated and processed in conformity with the dictates of standard best practices. 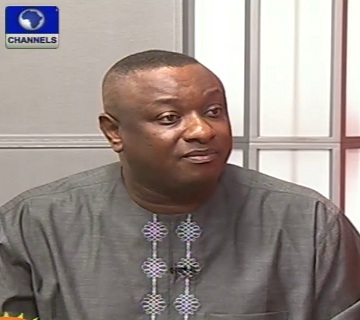 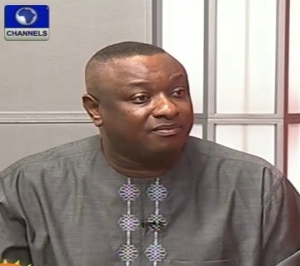 The high rate of corruption and failed criminal justice system in Nigeria have continued to fuel crime and terrorism in the nation, a lawyer said on Tuesday, asking the government to show the political will needed to end the anomalies in the system.

While speaking on the increasing rate of crime and terrorism in Nigeria, Mr Festus Keyamo, blamed the government for the insecurity, insisting that “when any crime at the highest level happens consistently for many years without being checked, the authorities are always involved”.

Mr Keyamo emphasised that the terrorism in Nigeria’s north-east started as a result of corrupt practices which proceeds were used in funding terrorists’ activities.

“Terrorism is thriving because it is adequately funded. It is easy to decode that operations of the Boko Haram terrorist group cannot be sustained without funds. Laundered money is used for terrorism.

“Law against money laundering is made to check the activities of terrorists and not just financial crimes.

The lawyer, however, pointed out that people that commit such money into terrorism have serious religious or political agenda, stressing that the government must buckle up to check the activities.

He further asked the government to be as serious as the terrorists, to fulfil the objective of setting up any system of government which is to protect lives and property.

“The terrorism has continued consistently for six years and the government is not doing anything about it. There is a failure of government somewhere.

Conspiracy In The Judicial System

He stressed the need for the reformation of the criminal justice system in order to check crime and terrorism in Nigeria, identifying stay of proceedings in criminal trials as the major problem.

“Justice delayed is justice denied. I have said it over and over again. I have sent a recommendation to the National Assembly, but something tells me that some people are not interested in reforming the criminal justice system.

“You stay proceedings on cases because of interlocutory applications in criminal trials and cases are delayed for eight years, before the persons are tried. By then, your witnesses have travelled out of the country and some are out of reach, some have died and some have lost their memory,” he said

According to him, cases against governors have been delayed because of the conspiracy in the judicial system.

He said that ‘the system is skewed towards protecting the elite. Nobody wants anybody to go jail for corruption’.

On where the recent national conference that was held in Nigeria would help address the issues, Mr Keyamo said that the purpose of the conference was defeated when delegates made the money they were collecting a major issue, describing the conference as a waste of time and national resources. 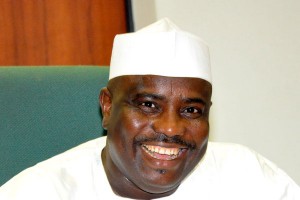 The speaker of Nigeria’s House of Representatives, Aminu Tambuwal, has asked the United Nations to assist Nigeria in filling the resources gap required to achieve the post 2015 development agenda for the nation and the continent.

Mr Tambuwal made the appeal during a meeting on Thursday with the UN Deputy Secretary General, Jan Eliasson, in Abuja, Nigeria’s capital.

The lawmaker said that a combination of significant resources and financial development by most African countries, Nigeria inclusive, would hardly suffice for the kind of development required in the coming years.

“On 2015 elections, I would like to assure you and your delegation that the National Assembly is doing everything possible to achieve violence free and fair elections in Nigeria through amendment of the electoral laws,” Mr Tambuwal told Eliasson.

While commending the UN for its support to the Nigerian economy and Africa as a critical part of the African Union 2063 Strategy, Tambuwal, pointed out that the Nigerian parliament had played major roles in ensuring pro-poor policies that form the core focus of its activities.

Jan Eliasson reiterated the UN’s commitment to Nigeria’s fight against terrorism and insurgency experience in the north east, pledging that the UN will render necessary assistance to end insurgency in Nigeria’s north east.