Suspected members of the dreaded Islamist sect, Boko Haram on Friday killed four people when they robbed a bank and stormed a police station in Borno state, a government official said.

Gunmen killed two people during a raid on a UBA branch in Askira town in the early hours before attacking the local police station, where an officer and a civilian were shot dead, local government spokesman Malam Yuthama said.

The strikes come less than two days after suspected sect members freed 14 people in a prison break in neighbouring Yobe state and attacked a nearby police station.

According to the Yobe state police spokesman, three members of Boko Haram died during those attacks.

Boko Haram have been unrelenting in its low level violent campaign against President Goodluck Jonathan’s administration. A brief flirtation with peace talks collapsed at the beginning of last week.

Months of gun and bomb attacks blamed on the sect have killed hundreds since it launched an uprising more than two years ago to try to carve out an Islamic state in Nigeria.

Nigerian forces have been carrying out house-to-house searches this week in the sect’s home town of Maiduguri, the capital of Borno state. Similar crackdowns in the past have pushed attacks into neighbouring states, including Yobe.

One of Boko Haram’s primary demands is that its members are freed from prison. While the government has refused any releases there have been several jail breaks in the northeast in the last year. 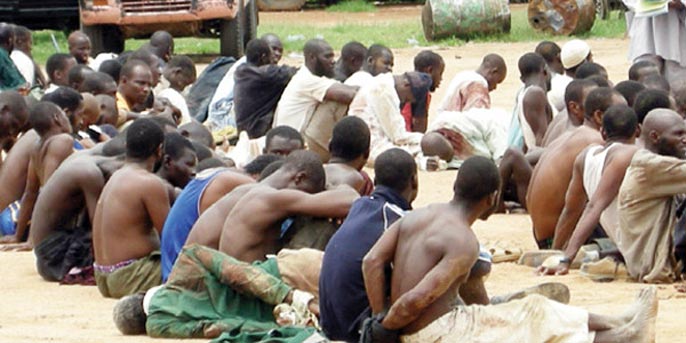 The purported sect’s spokesman, who was arrested in February by the State Security Service in Kaduna, has remained in SSS custody.

The Boko Haram sect has repeatedly denied that the man in custody is the sect’s spokesman; however, security officials insist they have the right man in custody.

Qaqa’s father, said to be a retired prison warder, was murdered alongside a former colleague on Monday evening as they prepared for prayers in Maiduguri, heartland of the sect.

A security official, speaking on the basis of anonymity as he was not authorised to release information, confirmed to the Associated Press that one of the murdered victims was infact the father of the suspected Boko Haram spokesman.

According to reports, the team of State Security Service agents, police officers and soldiers had raided the building at about 2p.m., following up on intelligence reports gathered during prior investigations.

An anti-bomb squad was on hand to safely recover the explosives and other components, such as NPK fertiliser and other chemicals used in IEDs, as well as cable wires, a transistor radio and other tech devices.

Mr. Cletus Nzeji, the Commander for the anti-bomb squad said the recovered items would be taken into evidence and further analysed.

He confirmed that the explosives recovered had been of a high calibre with the capacity to do major damage.

Nzeji assured that while no arrests have been made, investigations were ongoing to ascertain if the weapons belonged to robbers of members of the Boko Haram sect.

Last week, two members of the sect died in Kaduna state when military agents raided a bomb factory in the city.

Nzeji promised that the owners of the building in Kogi would be found out and the building will be demolished. 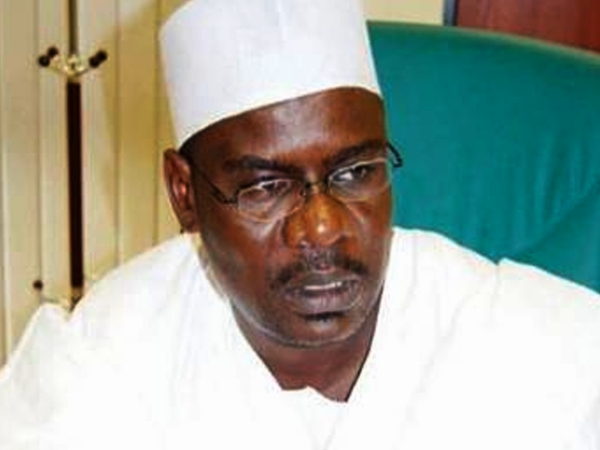 The trial of a Senator, Mohammed Ali Ndume who is being prosecuted for acts of terrorism has been stalled following an application to quash the charges filed on his behalf by his lawyer, Hyelzira Nganjiwa.

At the resumed trial in Abuja, Mr Nganjiwa informed the court that he had filed a motion on notice seeking to quash the charges against Mr Ndume on the ground that the proof of evidence filed does not disclose a prima facie case against the accused person.

Following Mr Nganjiwa’s motion, the prosecuting counsel, Olufunmilayo Fatunde told the court that she needs time to respond to the motion.

Based on the prosecutors demand for time to study the defence counsel’s application, the Presiding judge, Justice Gabriel Kolawole adjourned sitting to 26 April.

Mr Ndume, in his motion, predicated on nine grounds wants the court to quash the charges on the ground that the charge is devoid of essential ingredients to suggest the commission of the offences for which he has been charged.

Other grounds include the none disclosure of the commission of any offence by the prosecution and the lack of jurisdiction and competence of the court to try, hear and determine the offences as contained in the charge sheet signed by the Attorney General of the Federation.

Justice Kolawole, while adjourning the trial ordered Mr Ndume to return to the court on the 26th of April when the counsels are expected to adopt their written addresses.

Mr Ndume is standing trial for allegedly providing logistic support to the Islamic sect, Boko Haram contrary to the terrorism prevention act of 2011.