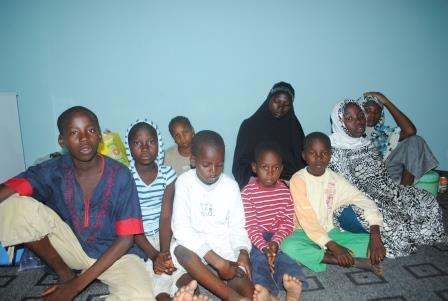 This was made known by the Director Defence Information;  Brigadier General Chris Olukolade in a statement on Friday.

The women and children, he said were kidnapped from the police barracks and its environs during the 7th of May attack in Bama by members of the Islamic sect.

He however said the troops are still on the look out for one woman and two of her children who are thought to be held in the forest.

General Olukolade added that the focus of the troops at the moment is to ensure that all camps and enclaves are dismantled and destroyed.