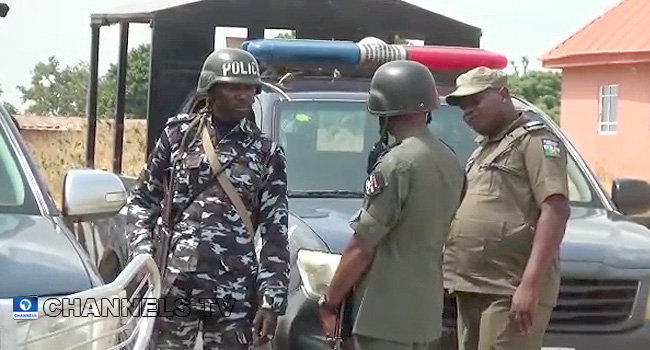 The Federal Government has directed the leadership of all security agencies in the country to conduct periodic psychiatric evaluations and drug tests on their men to forestall issues of human rights violations and extra-judicial killings by security operatives.

Lai Mohammed, the Minister of Information and Culture stated this while briefing journalists in Abuja.

He said the National Executive Council has mandated that all arms-bearing security agencies ensure they carry out the same test on anyone seeking to be enlisted.

“NEC called on the leadership of the security agencies to ensure that persons recruited into arms-bearing security agencies undergo psychiatric evaluations and drug tests before enlistment and periodically after enlistment to ensure that the personnel is psychologically fit to carry live weapons and to identify behavioural tendencies that may require psycho-social interventions,” he said.

The Minister also faulted the reports on the alleged Lekki tollgate shooting, particularly by the Cable News Network (CNN) and Amnesty International, describing them as fake.

According to him, one year down the line, no family members of those allegedly killed have come out to testify about their claims and that there have been inconsistencies in the report on the number of those said to have been killed.

He equally assured that compensations will be paid to victims of police brutality as recommended by the various panels set up across the country, adding that security agents also indicted during the panels’ investigations will be prosecuted.

The Minister’s remarks come on the heels of the one-year anniversary of the #EndSARS protest held across different parts of the country and in Abuja. 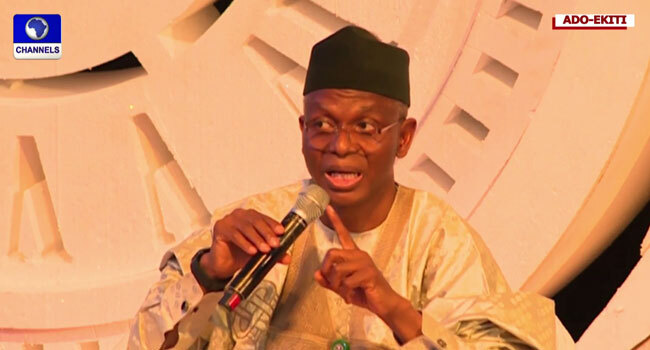 Kaduna State Governor, Nasir El-Rufai, has explained how he was willing to sacrifice his second term ambition in order to give children from his state quality education.

The governor sought re-election for a second term in office in the 2019 general elections and has two more years to complete his tenure.

Speaking during the Ekiti State’s Fountain Summit 2021 with the theme ‘Investment Attractiveness and Economic Development in Ekiti State’ which held in Ado-Ekiti, El-Rufai said he was threatened with an election loss.

El-Rufai said he insisted and eventually carried out the test on teachers in Kaduna notwithstanding the threat.

READ ALSO: We Have Increased Ekiti IGR From N450m To N800m Monthly – Fayemi

“My brother here was said to have lost his second term bid the first time because he threatened to test teachers,” he said.

“I tested them and fired them before our election. When I was asked that I would lose the second term, I said if losing second term in office will give Kaduna State children a future with better primary education, I am ready to let it go.”

El-Rufai also listed two factors that enabled him retain his position as Kaduna governor, noting that he timed the mandatory test for teachers within his first two years in office and that the exercise was carried out honestly without partisan politics.

While noting that he attended government schools in his life until he went for his second degree, El-Rufai noted that his administration sent a clear message that the poor man’s child in Kaduna was eligible to emerge as governor.

He recalled that while sacking teachers, two of his colleagues backed his decision but expressed fear in implementing the policy in their respective states.

According to him, the two governors who wanted to conduct teachers’ tests after their re-elections however lost their second term bids. 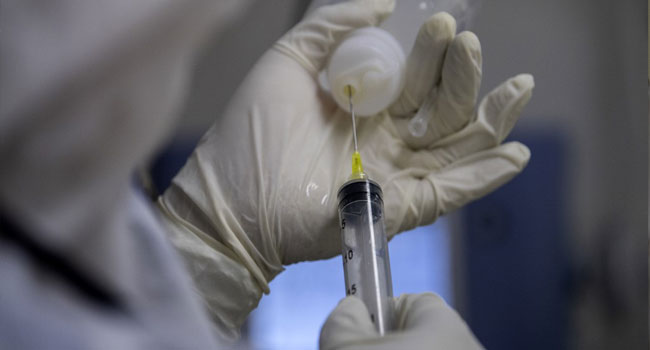 Iran on Sunday reported its highest single-day novel coronavirus infection count in nearly a month, warning that most of its provinces have been hit by a resurgence of the disease.

The Islamic republic has been battling the Middle East’s deadliest outbreak of COVID-19 since late February.

After a lull in deaths and infections from April to May, it now appears that the provinces first hit, including the holy city of Qom, are back in the same place as figures have been on the rise.

Health ministry spokeswoman Sima Sadat Lari said that 2,685 more people had tested positive for COVID-19 in the past 24 hours, the country’s highest single-day count since July 8.

This raises total cases identified since late February to 309,437, she added.

Another 208 people also died during the same period, bringing the overall toll to 17,190.

According to Lari, the situation is “concerning” in 25 out of Iran’s 31 provinces.

“Sadly, since late June, daily infections have been on a rising trajectory” in Qom in central Iran, she said.

“We are concerned that trivialising the situation and lax observance of health protocols may lead to a worsening of the outbreak in the province.”

Lari warned against travel to Mazandaran, a popular northern tourist resort at the vanguard of the outbreak where daily infections had more than quadrupled in the past six weeks.

Official figures show a marked increase in deaths and infections since the end of June.

As a result, mask-wearing was made compulsory in covered areas and provinces were given powers to reimpose restrictive measures.

Iranian media said that renowned Iranian filmmaker Khosro Sinai, 79, had died from the virus on Saturday.

Celebrated and awarded in numerous Iranian and international festivals, Sinai was the latest high-profile figure to succumb to COVID-19 in Iran following several government officials and politicians.