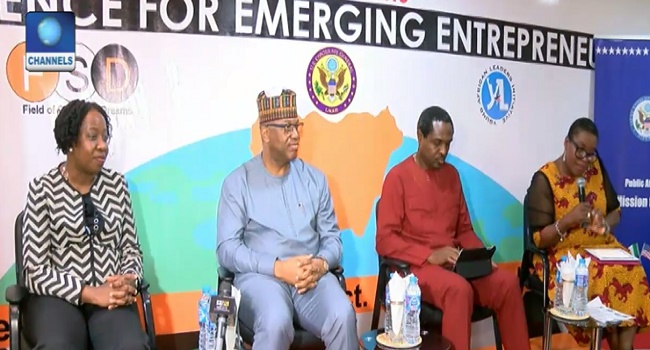 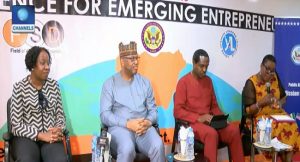 Budding entrepreneurs have been advised to focus on value creation in their businesses, in order to realise their dreams.

The message was given at the conference for emerging entrepreneurs organised by the Field of Skills and Dreams in collaboration with the US Mission in Nigeria.

At the event, entrepreneurship experiences were shared by the Chairman of Channels Media Group, Mr John Momoh, the Chief Executive of Sahara Group, Mr Tonye Cole and the Managing Director of Mainone Cable, Funke Opeke.

Sharing his start-up experience of over 22 years ago, Mr Momoh explained how building a network based on trust, became the thrust for the establishment of Channels Television.

The Media Magnate and founder of 11 times Award Winning Television Station advised the entrepreneurs to take profit-making as a bye product of a good business and not the focus.

Other dignitaries at the conference were the Consular General of the US Consulate, Mr John Bray and the Chief Executive of W-FM, Mrs Toun Okewale-Sonaiya.