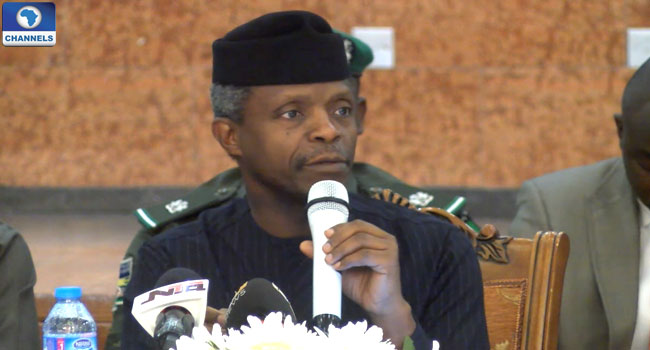 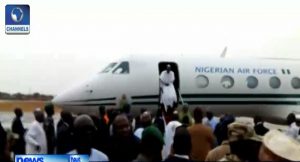 The Vice President, Professor Yemi Osinbajo has arrived Yola on an official visit to Adamawa state.

He is accompanied by the Secretary to the Federal Government Babachir Lawal, the FCT Minister Mohammad Musa, Sen. Binta Garba and other dignitaries.

Professor Osinbajo was received at the airport by the Adamawa State governor Mohammed Jibrilla and the states executive council members.

His first point of call was the palace of the Lamido of Adamawa, Mohammadu Barkindo Mustapha where he was received by all the eight traditional rulers in the state.

The Vice President is expected to inspect some of the state government’s ongoing projects.