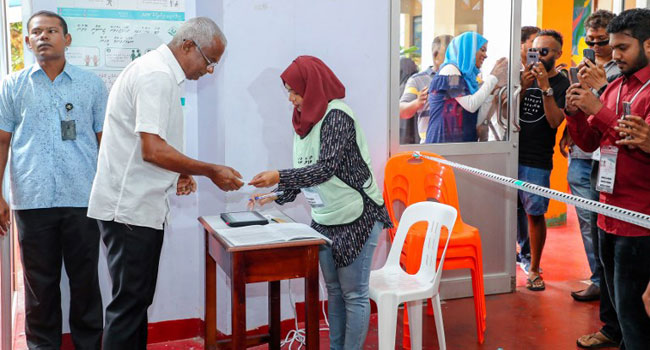 The Indian Ocean island nation of the Maldives is famed as an upmarket tourist destination of white beaches and turquoise waters but is threatened by rising sea levels and endured stifling political control.

After the surprise election win of opposition leader Ibrahim Mohamed Solih in weekend elections, here is some background about the Muslim nation.

The country is a collection of 1,192 tiny islands scattered 800 kilometres (550 miles) across the equator.

Tourism is the principal income earner, providing 41 percent of gross domestic product (GDP) in 2016 and nearly 20 percent of jobs, the World Travel and Tourism Council says.

The archipelago’s beauty drew nearly 1.4 million foreign visitors in 2017, with the destination especially prized among honeymooners.

Maumoon Abdul Gayoom ruled with an iron fist for 30 years until 2008 when he lost the first-ever multi-party poll to human rights activist Mohamed Nasheed.

Nasheed was forced to resign in 2012 after a police mutiny and demonstrations that he said were part of a coup plot.

In disputed elections the following year, he was defeated by Gayoom’s half-brother, Abdulla Yameen, a strongman president who was defeated in elections Sunday.

Yameen, whose regime has been bankrolled by China in a departure from the country’s traditional alliance with India, imprisoned or forced into exile all his main rivals while curtailing press freedom and social networks.

Nasheed, who became an opposition leader, was jailed in 2015 on a terrorism charge widely criticised as politically motivated.

The following year he was granted prison leave for medical treatment in London, where he secured political asylum with the help of high-profile human rights lawyer Amal Clooney.

In February this year judges ordered the release of jailed opponents of Yameen, who hit back with a 45-day state of emergency, suspending the constitution and arresting the Chief Justice and another judge of the Supreme Court.

His aged half-brother Gayoom was also jailed for allegedly conspiring with the Supreme Court to topple him.

Eighty percent of the Maldives is less than a metre above sea level, making it one of the countries most threatened by rising sea levels linked to climate warming.

In 2009 Nasheed held a cabinet meeting underwater to raise awareness of the risk, also warning his people could become climate refugees.

Situated along Indian Ocean trading routes and about 650 kilometres southwest of Sri Lanka, the Maldives has been colonised several times.

Once a Buddhist kingdom, it converted to Islam around the 12th century.

Portuguese explorers occupied the main island of Mahe in the 16th century. The territory then became protectorates of the Dutch and the British before complete independence in 1965.

Sunni Islam today remains the state religion, all other religions being banned.

The Maldives follows a moderate version of Islam while banning alcohol, except in tourist hotels, and homosexuality.

It also flogs women found guilty of “fornication”, says Amnesty International, which is critical of a human rights situation that it says includes restrictions on peaceful protests and expression.

The Maldives left the Commonwealth in 2016 in a row over criticism of its rights record.

There are fears of radicalisation with the arrival of Middle East preachers and via radical websites. 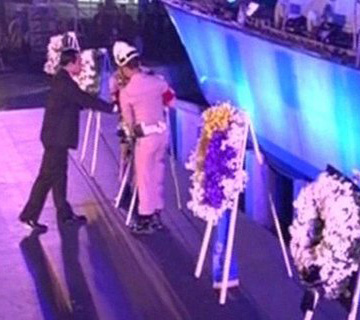 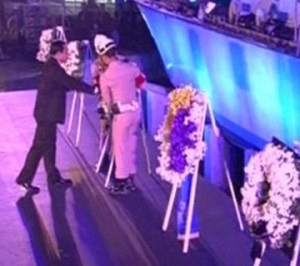 Memorial services are being held in Indonesia, Sri Lanka, Thailand and India for the victims of the Indian Ocean tsunami.

In Indonesia’s province of Aceh – the worst hit area – Vice-President Jusuf Kalla led tributes to the dead at the Siron mass grave.

A series of solemn events and religious rites have also been held in Thailand to mark the anniversary.

Prime Minister Chan-ocha laid a wreath for victims at the site of a beached police boat that has become a symbol of the disaster.

Thai police boat 813 was swept nearly 2km (1.2 miles) in from the sea at Bang Niang near Phuket.

“This heavy loss serves as a reminder and lesson for everyone” he told thousands of guests.

A 9.15-magnitude quake opened a fault line deep beneath the ocean a decade ago and triggered a wave as high as 57 feet which crashed ashore in more than a dozen countries, wiping some communities off the map in seconds.