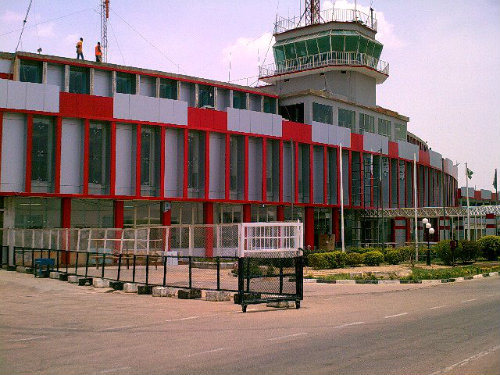 The governor of Kano state, Mr Rabi’u Musa Kwankwaso has expressed his displeasure about the failure of the Ministry of Aviation to consider indigenes of Kano state in the various recruitment process that were undertaken at the newly re-modelled airport.

The governor made this known while hosting a delegation of the Ministry and Federal Airport Authority (FAAN) who paid him a visit ahead of the commissioning of the Mallam Aminu Kano International Airport.

The Minister of Aviation, Princess Stella Oduah, stated that “Mallam Aminu Kano International Airport has been restored to its glory. We are happy for the good support we have been receiving from the state government.”

Speaking that the commissioning ceremony, the Governor of the Central Bank of Nigeria (CBN), Mallam Lamido Sanusi, stated that evolving a strong maintenance culture for the re-modelled terminals across the country is critical to their continued existence.

Sanusi, who was the special guest of honour, commissioned the remodeled section of the airport and stated that “CBN supports public officers that are doing something. There is no one that can go to Kano airport or Kaduna airport or Benin airport of Abuja airport and tell you that something is not happening.”

Mr George Uriesi, the Managing Director of FAAN revealed that Kano was the beginning of aviation history in Nigeria. “We take Kano as a strategic place in our aviation thinking”, he stated.

Princess Oduah revealed that the Ministry has awarded contract for two cargo areas, a perishable cargo area where perishable goods could be imported from the airport to other parts of the world.