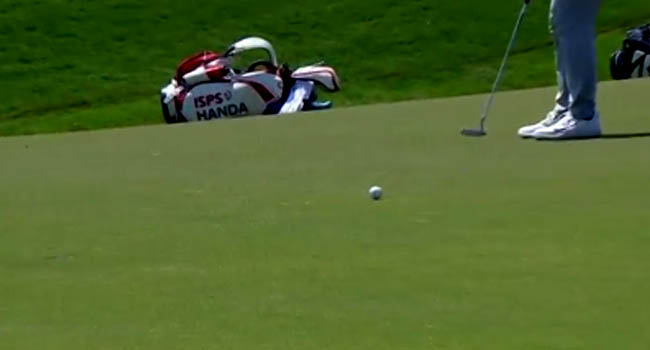 Thorbjorn Olesen and Kevin Kisner matched each other with long, curling birdies at the final hole to share a one-stroke lead as Jordan Spieth slipped five strokes off the pace after the first round of the PGA Championship on Thursday.

On a day when many of the favourites started well, Dane Olesen and American Kisner carded four-under 67, one better than a group including U.S. Open champion Brooks Koepka on a Quail Hollow course that bared its teeth despite a mere zephyr of a breeze.

Spieth, at 24, seeking to become the youngest man to complete the career grand slam after winning the British Open last month, struggled on the newly-grassed greens and needed two late birdies to salvage a 72.

Pre-tournament favourite Rory McIlroy also laboured to a 72 after finding water with his tee shot at the driveable par-four 14th.

Soft fairways and rock-hard, ultra-fast greens yielded some major casualties, none more so than five-times major winner Phil Mickelson, whose 79 was his highest ever score in 95 rounds at the PGA Championship.

His 25-footer at the par-four 18th was no less impressive than the closing birdie by Kisner, whose sharply-breaking 20-footer tracked in dead centre.