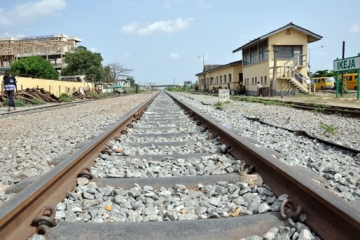 Tragedy struck again in Ibadan when a moving train crushed a toddler and two people on a commercial motorcycle to death on Sunday morning.

The three years old boy who was crushed to death while running along the rail at Alajiki area of Adifase, Apata, Ibadan was identified as Quadri, son of a commercial bus driver, while the two passengers were crushed at  Akoo Oju’irin, Lagelu Local government area of the state.

Sympathizers say the late toddler and his 11-year-old sister, Kabirat, were coming from their mother’s shop when the tragedy occurred through a train coming from Apapa.

Also, the okada rider and the passenger were crushed while attempting to hurriedly cross the rail. The Commissioner of Police, Oyo State Police Command, Mallam Tambari Mohammed, has confirmed the death of the two men on an okada.