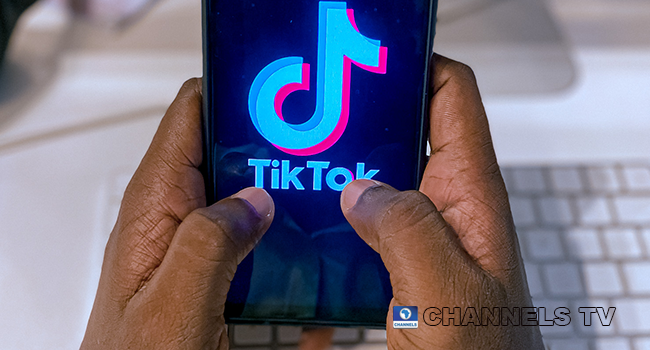 No, you don’t have to be 19 or below to qualify as a teenage creator on TikTok. You just have to believe in two things: one, that humankind was made for joy; and two, that there is no limit, no rule to the expression of what the French call la gaieté.

Behind the roaring success of TikTok globally- the app now has about one billion monthly active users – are these teenage creators who, incidentally, are also the audience. They shoot and edit and publish a diverse range of video content, from dance routines to lipsyncing lyrics,  comedy, motivational excerpts and even doling out technical information.

And, since everyone on TikTok is a potential creator, anyone can go viral overnight. Like Khabane Lame, a 21-year-old factory worker in the northern Italian industrial town of Chivasso who lost his job and then, using TikTok’s duet and stitch features, was catapulted to fame.

Many young Nigerians have already jumped on the TikTok train. According to Statista, TikTok was the ninth most popular social media platform in Nigeria, just behind LinkedIn and Telegram, as of the third quarter of 2020. And the future, no doubt, is brighter.

Rodney Umeh, a student of the University of Abuja, started making videos on TikTok “just for the fun of it.”

And then his short productions, composed of a waist-twisting dance routine, suspenseful music, sharp transitions and short captions – started to go viral.

“I can’t remember how I learnt the waist routine,” he told Channels Television, “but I’ve been using it since my secondary school days. It was on TikTok that I used it for the first time online.”

His videos have garnered over 10 million likes.

“My long term plan for TikTok is basically to entertain as many people as possible,” he said. “Just the feeling I get when one of my followers tells me that my videos make his or her day is enough for me. Every other thing is just vibes.

Priscilla Isaac started creating sometime in 2019 and is already one of the biggest local stars. “I love how you can confidently express yourself in 60 seconds via TikTok,” she said.

“TikTok has given many people confidence and brought out so many talented individuals, and that’s what I love about it.”

But beyond posting videos of her dance challenges and romantic monologues, she has also found creative ways to monetise TikTok.

“I started taking TikTok seriously when it became the next big social media platform for business owners,” she said. “Believe it or not, TikTok is the biggest marketing platform in the world. It is competing with Twitter.

“As a TikTok creator, the app doesn’t pay me directly, but I get paid via promotions and jobs I do for business owners, musicians and brand owners. And I have worked with so many brands, including DSTV.”

There are large social media platforms designed to encourage users, as much as possible, to stay within their peculiar walls.

And, because of its unique production features, creators routinely shoot and edit videos within the TikTok ecosystem to share natively on other social media platforms.

One of such creators is Ope Keshinro, who has a keen talent for mimicking outlandish characters.

“It started during the lockdown,” she told Channels Television. “Everyone was looking for distractions and something to keep mind and body together. If I wasn’t watching a movie, I was on social media.”

One sunny afternoon, she was scrolling on Twitter when she stumbled on a funny, viral video and thought to recreate it.

“At that time I didn’t even have a TikTok account, so I had to open one to use the voiceover and that’s where it all started from,” she said.

Now, she shoots and edits all her videos on TikTok. And, while her TikTok audience is growing, her Twitter profile has even done better.

While TikTok is minting new celebrities, established media stars and content creators are also flocking to the platform to get a piece of the viral pie.

The platform gives them another format to connect with their fanbase in a different way, and also bring more people into the fold.

For Ayodele Aguda (Mcshemcomedian), who has been creating comedy skits on Facebook and YouTube since the early 2010s, TikTok was a game-changer.

He joined in 2019 and started producing short versions of his comedy.

“In two months, I had gained like two million followers,” he told Channels Television. “In another six months, I was on like three million. And the content was receiving so much acceptance. So I just kept doing that.”

As of this month, Ayodele’s videos have been liked over 110 million times. And with more than four million followers, he is one of the most popular TikTok creators in Nigeria.

“You can easily go viral on TikTok,” he said. “That cannot really happen on Instagram. On Instagram, someone has to take up your content. But on TikTok, it will likely go viral.

“TikTok is where you are doing something other people are doing and no one will hold you that you are copying. Just take a sound and use it; and if you interpret it better than the person, it will go viral and people will follow you.”

Despite its feel-good ambience, like most of the social Internet, TikTok isn’t immune to online abuse and bullying.

“I think the most unexpected comment I have gotten was my first hate comment,” Rodney said. “It was unexpected at that time cause I was used to the positive comments.”

On her part, Priscilla expects some negativity whenever she posts a piece of content.

“As a content creator, we are already aware of people’s bad energy and negative comments,” she said. “We see them as normal.

“It was when I first joined TikTok, I was literally afraid of getting bad comments, but no matter the type of content you post, not everyone will agree to it.”

“Now I realise why politicians are not moved by what people say,” he said. “I’ve read so many comments, good and bad. And I’ve realised that not everyone can be pleased.”

Last May, TikTok said it was launching new tools to combat bullying.

“People put their hearts and souls into creating and entertaining on TikTok, and we recognize how discouraging it can feel to receive unkind comments on videos,” TikTok’s Joshua Goodman said. “We hope this update helps creators feel more empowered over their experience on TikTok.”

In June, black American TikTok creators went on strike over not being credited and not receiving equal rewards for their creativity.

There was no evidence that Nigerian TikTokers participated in the action or were even aware, but many complained about not being able to earn directly from their TikTok work.

“I have a lot of plans for TikTok, but it’s not on the agenda now because they don’t pay yet,” Ayodele said.

TikTok has a rolling fund for creators, but it is only available for those based in the US, UK, France, Germany, Spain or Italy.

“TikTok should start appreciating content creators like me,” Priscilla said. “The app should start paying African creators and if they do so, this is going to be a great thing for us creators.”

Most TikTok videos do not require any fancy production equipment, even for stars; although some go heavy once they can afford it.

To be successful on TikTok, you only need to “keep it natural and be consistent,” according to Priscilla.

“You just have to keep creating,” Ayodele offered. “And be putting out content. Don’t put anything in your archive and feel it’s not good. Let people tell you whether it is good or not. In fact, people can criticise your content so much and it helps people know you.”

And for Ope Keshinro, the star who has equally gained traction on Twitter through her TikTok production, creators shouldn’t wait for the perfect location. “Shoot any and everywhere you can. Tiktok won’t wait for you,” she said. “Every week, new challenges are launched so if you wait to get a fine background you just might miss out lol . . . unless it’s fashion and beauty you’re focused on then that’s understandable because of aesthetics and all. If it’s comedy or any other thing you’re doing, do it fast.

“Also be creative, think about what makes your own content stand out. Hundreds of creators have most likely done the content you want to do, so think about what would make your own different; it can be your choice of costume, your mannerism or your transitions.”

And, very importantly, she added, focus on your lighting.

“You need to have the perfect lighting,” she said. “Ringlights don’t even suffice anymore so you need to find the perfect lighting else the quality of the video comes out poor. The people abroad don’t have this kind of issue, maybe because their sky is brighter? But you’ll hardly see any video with poor quality from a creator overseas.”

Despite its widespread success, TikTok’s future is not cast in stone.

Owned by Chinese company Bytedance, the app has had its troubles with governments across the world. It was almost suspended in the United States during the administration of Donald Trump and the  app is banned in Pakistan for promoting ‘indecent’ content.

In Nigeria, it has largely escaped attention as the country tightens control on social media amid an indefinite suspension of Twitter.

And, government regulation may be an advantage for TikTok. Chinese tech companies have a reputation for sticking to government rules.

Besides, TikTok’s official mission is not freedom or political emancipation, but to “inspire creativity and bring joy.” And, who doesn’t love a good laugh?

An Egyptian court has sentenced two women TikTok influencers to six and 10 years in jail respectively for “human trafficking”, a lawyer representing one of them told AFP on Monday.

The ruling against Haneen Hossam and Mowada al-Adham was handed down late Sunday by the Cairo Criminal Court.

Adham was sentenced to six years, her lawyer Saber Sokkar said, while Hossam given a 10-year sentence, both accused of “human trafficking”.

Adham was present in court for the ruling but Hossam, who is on the run, was sentenced in absentia, the lawyer said.

He said that Hossam was given a higher sentence because she had failed to appear in court at previous hearings.

The women can appeal, the lawyer said.

They were arrested last year and sentenced to two years each in jail for “attacking society’s values” in videos published on TikTok.

In one video Hossam told her 1.3 million subscribers that girls could work for her for money, for which she was also accused last year of “debauchery” and “human trafficking”.

But in January an appeals court acquitted the pair.

The targeting of female influencers has rekindled a heated debate in the deeply conservative Muslim country over what constitutes individual freedoms and social values.

The clampdown is however not unusual in Egypt, where several belly dancers and pop singers have been targeted in recent years over online content deemed too racy or suggestive.

Rights groups say more freedoms have been curtailed in Egypt under President Abdel Fattah al-Sisi, who took office in 2014.

Egypt has in recent years enforced strict internet controls through laws allowing authorities to block websites seen as a threat to national security and to monitor personal social media accounts with over 5,000 followers.