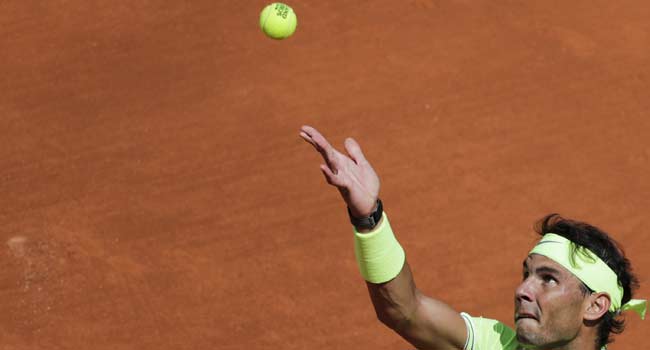 Second seed Nadal goes on to face either Kimmer Coppejans of Belgium or another German qualifier Yannick Maden for a place in the last 32. 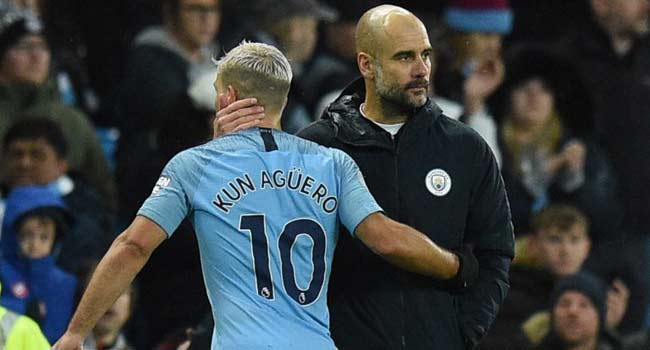 But the early days of 2019 suggest their uncharacteristic December collapse is firmly behind them.

The final month of last year saw City lose successive league games, against relatively modest opposition in both Crystal Palace and Leicester City, following an end to their unbeaten domestic start to the campaign earlier at the beginning of December.

But a victory over leaders Liverpool to kick off New Year completely rejuvenated the mood at the Etihad Stadium after City had been denied the services of injured playmaker Kevin De Bruyne for most of the first half of the campaign.

And two stunning cup victories in the space of four days — albeit against lower league clubs Rotherham and Burton Albion — suggested the clinical, cutting edge that characterised City’s play during last season’s record-breaking title-winning campaign was back.

Championship side Rotherham were swept aside 7-0 at the Etihad, with third division Burton suffering an even more painful fate in a lopsided first leg of League Cup semi-final, when City scored nine goals without reply.

That latter victory not only all but assured City of a place in the final against Tottenham or Chelsea next month but also indicated the demanding Guardiola will not tolerate any let-up in his quest to add more silverware to the club’s trophy cabinet.

It was a mood reflected by De Bruyne against Rotherham when he showed visible dissatisfaction at being brought off after an hour, even though City were already leading by five goals.

Some reports even suggested De Bruyne refused to return to the bench to watch the remainder of the match, remaining, instead, in the City dressing room.

“No, I didn’t speak with him,” said City manager Guardiola curtly, when asked if he had addressed De Bruyne’s reaction to being replaced.

But given the Belgian has started just one league game so far this campaign, he is likely to be chomping at the bit to play from the kick-off against Wolves.

Sergio Aguero, too, has returned after being absent since the Liverpool win due to illness and inspirational club captain and defender Vincent Kompany is another player winning his battle to be fit for Monday’s match.

The general picture suggests that, having weathered a brief loss of form, City have not only returned to their clinical best but also have a number of key players hitting fitness at the right time, as Guardiola insists his squad can maintain their chase for honours on four fronts.

Even long-term injury victim Benjamin Mendy is making progress and expected to return to the fold shortly.

Meanwhile, second-placed City will want to close the seven-point gap at the top of the table created by Liverpool’s 1-0 win away to Brighton on Saturday when they face Wolves.

However, Nuno Espirito Santo’s side held City to a creditable 1-1 draw earlier in the season at Molineux and drew 1-1 at the Etihad in last season’s League Cup when they were still a Championship club.

“We realised when we played the EFL (English Football League) Cup and the first away game how complicated it would be,” said Guardiola of the threat posed by high-flyers Wolves.

“They are strong physically, counter-attack, set-pieces. There is not just one or two, there are three or four (Wolves players) and when you are tired, they can put on new players.”

He added: “They defend well, deep, they control many areas — Moutinho, Neves, he can shoot from a long way. They are newly-promoted and doing incredibly well.” 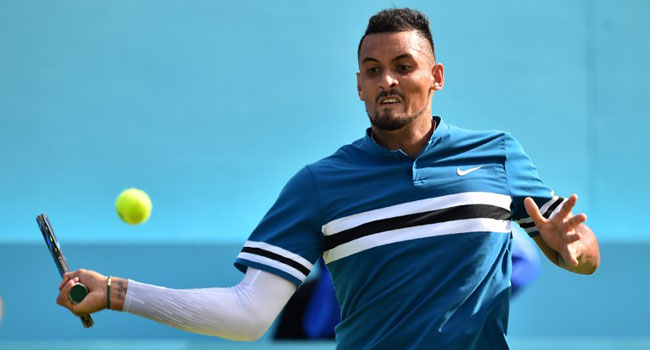 Temperamental Australian star Nick Kyrgios revealed on Friday he was bitten by a spider over Christmas ahead of his defence of the Brisbane International.

The fiery 23-year-old posted a short video on his Instagram account showing him with what appeared to be a drip in his arm and being treated by medics.

“This spider bite outta contro,” a caption to the video said.

He added to his nearly one million followers: “Got a spider bite on my foot. Christmas different every year.”

Local reports said he spent the festive season in a Canberra hospital but was still on track to be in Brisbane for the tournament that starts on Monday.

Kyrgios finished his season early in October after an elbow injury forced him out of the Kremlin Cup in Moscow.

Returning home to prepare for 2019, the world number 35 admitted last month he was working through mental health issues that had plagued him throughout the year.

“I’m starting to see some psychologists and trying to get on top of my mental health,” he said then.

The supremely talented but combustible Kyrgios has become infamous for his public outbursts and meltdowns on court.

His win in Brisbane was his only title success in 2018.