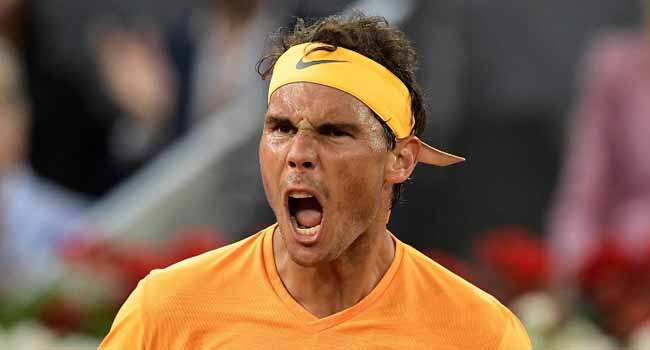 A 45-minute rain interruption did little to stop the progress of Rafael Nadal on Thursday at the Toronto Masters as he defeated Stan Wawrinka 7-5, 7-6 (7/4) to reach the quarter-finals.

The halt in proceedings came 63 minutes into the opening set after Wawrinka saved a Nadal set point for 5-all, with the Spaniard then holding serve for 6-5.

When the weather passed, the pair returned, with Nadal wrapping up the set on his second chance.

The second set was a battle as the Swiss, a three-time Grand Slam champion, fought back from an early breakdown, took a 2-1 lead, with the pair again trading breaks in the fifth and tenth games.

Nadal came from a mini-breakdown in the tiebreaker and secured victory on his second match point.

“It was a good match, a very positive victory for me over a tough opponent,” Nadal said.

“I’m happy to see Stan playing well again. We had a good quality of tennis.

“I’m very pleased, I needed a match like this. It does much for the confidence.”

Nadal’s win was his 17th from 20 played against Wawrinka.

Second seed Alexander Zverev, the holder, lined up a re-run of last week’s Washington semi-final as he again takes on Stefanos Tsitsipas.

The Greek who turns 20 on Sunday knocked out his second seed in as many matches, stunning Wimbledon champion Novak Djokovic 6-3, 6-7 (5/7), 6-3 to reach the quarter-finals.

Tsitsipas called his knockout of Djokovic, “the best match of my career. I knew I was playing pretty good today.”

The number 27 will play the first Masters 1000 quarter-final of his career.

“He played very well and deserved to win without a doubt,” Djokovic said. “I just played not that great.

“I didn’t return well. It wasn’t that great of a match.”

He next faces Wimbledon runner-up and fourth seed Kevin Anderson who defeated Ilya Ivashka of Belarus 7-5, 6-3 to also make the last eight. 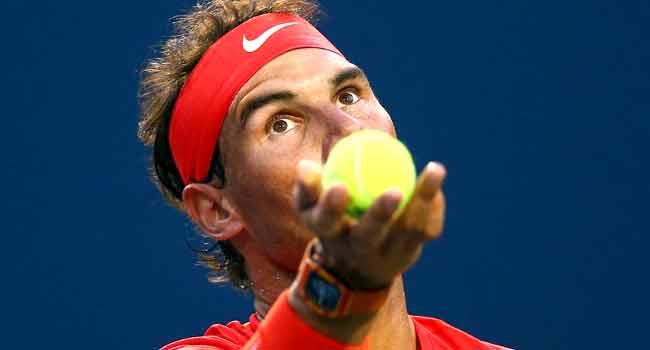 Top seed Rafael Nadal blew past patchy Frenchman Benoit Paire 6-2, 6-3 on Wednesday to begin his quest for a fourth Canadian trophy at the Toronto Masters.

The world number one Spaniard was untouchable as he schooled Paire for the fourth time without a loss, taking 74 minutes as he broke six times.

“So the first match is an important victory for me, for my confidence. It’s important that I have another match tomorrow too. So just try to keep going.

“I played a solid match, in the second set I had some troubles, but my return worked well. It was more about the mistakes from the baseline.”

Two generations of local players split the difference with Milos Raonic, 27, heading out while teenaged gun Denis Shapovalov moved on.

Djokovic expressed support for the new 25-second shot clock innovation designed to cut down on time wasting between points.

“I’m pretty comfortable with it — it’s good to have shot clock in the tournaments prior to the US Open.”

It was the second straight opening defeat for the Austrian, who also last week at home in Kitzbuehel; he reportedly arrived carrying a virus.

Third seed Juan Martin del Potro was forced to withdraw prior to his opening match due to a left wrist injury.