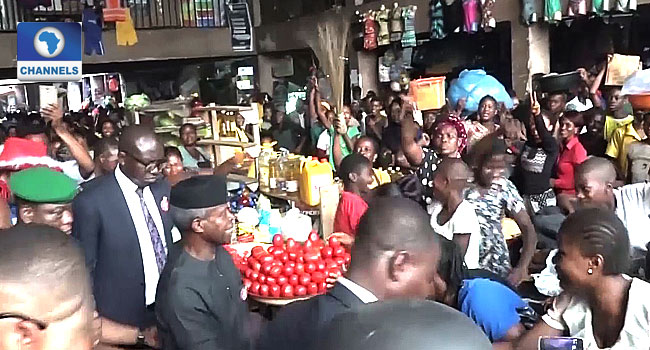 Vice President Yemi Osinbajo over the weekend launched the Tradermoni scheme in Warri and Asaba markets in Delta State.

The Vice President after the launch told journalists in Asaba that the scheme has no political undertone. He said that it is worrisome how some persons assume that the tradermoni empowerment programme of the Federal Government is a ploy to buy votes.

According to him, the trademoni empowerment programme is strictly for the purpose of assisting market men and women enhance their businesses.

During his visit to the popular Ogbogonogo Market in Asaba, he advised the beneficiaries to inject the funds into their businesses in order to grow and expand.

“The scheme was duly approved by the national assembly, if they don’t like the empowerment programmes because they are on the other side then it calls for concern,” he said.

The Vice-President also launched the scheme in other major cities of Delta State, including Warri and Ughelli with beneficiaries of the scheme receiving a none interest loan of N10,000 each.

He was accompanied by the Minister of State for Petroleum, Ibe Kachikwu, Senator Ovie Omo Agege, among others. 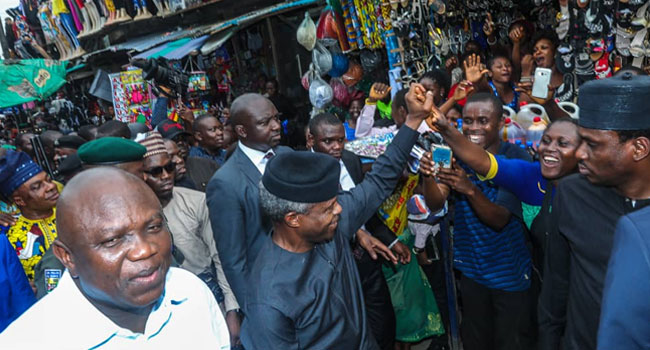 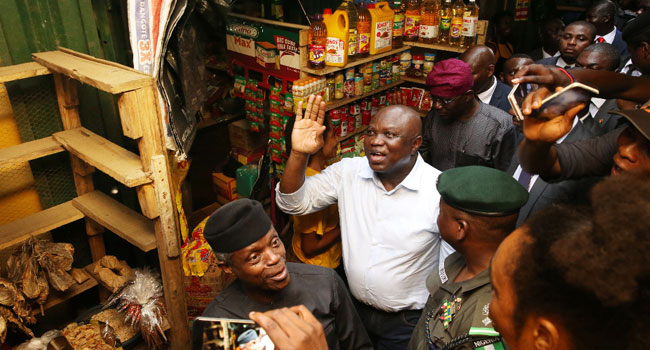 Osinbajo and Ambode during the process visited the markets which include Ikotun, Igando, and Ile Epo Market.

They were also accompanied by the All Progressives Congress (APC) Lagos State Governorship Candidate, Babajide Sanwo-Olu, among others.

TraderMoni, according to Osinbajo’s media aide, Laolu Akande, is a Social Investment Programmes (SIPs) and micro-credit scheme of President Muhammadu Buhari-led administration designed to assist the bottom of the pyramid petty traders nationwide.