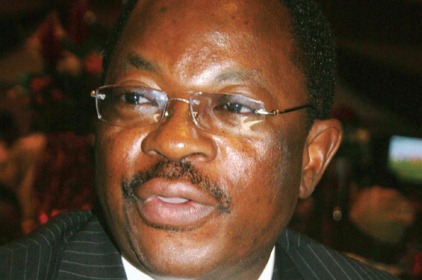 The former Managing Director of the defunct Intercontinental Bank Plc, Erastus Akingbola, on Monday, asked the Lagos High Court, Ikeja, to stay proceedings in the N47.1 billion theft trial levelled against him by the Economic Financial Crimes Commission, EFCC.

Mr Akingbola’s counsel, Wole Olanipekun, who filed an application to stay the proceedings, told Justice Lawal-Akapo that the application was premised on an appeal challenging his ruling of May 2.

On May 2, Justice Lawal-Akapo had dismissed an application by the defendants seeking to quash the charges against them. With that dismissal, the court then assumed jurisdiction to hear the matter and fixed Monday June 23 for arraignment.

Dissatisfied with the ruling, Mr Akingbola headed to the Court of Appeal where he filed a notice of appeal.

His lawyer, Olanipekun, therefore informed Justice Lawal-Akapo that the Court of Appeal had already fixed July 3 for hearing of the appeal; he urged the court to wait for the outcome of the proceedings, in the interest of justice.

Counsel to the 2nd defendant, Prof Taiwo Osipitan, aligned with his submissions. He further urged the court to adjourn proceedings pending the hearing and determination of Mr Akingbola’s appeal.

Counsel to the EFCC, Mr Godwin Obla, said, though, he had only just been served the application for stay of proceedings, he was, however, willing to respond orally on points of law to accelerate proceedings.

He urged the defendants to move their application and to desist from seeking an adjournment through the backdoor.

In a short ruling, Justice Lawal-Akapo granted the request of the defence counsel and adjourned till July 11 for arguments on the application to stay proceedings.