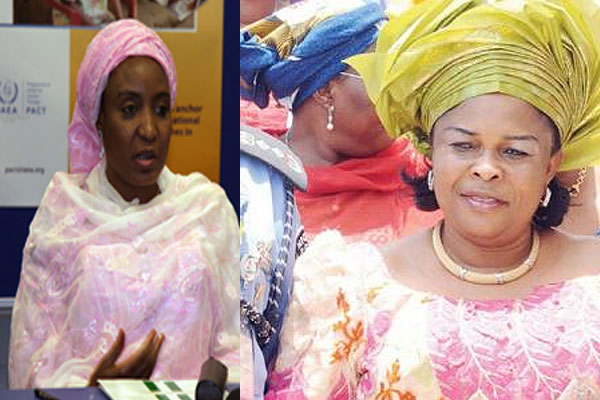 A Federal Capital Territory (FCT) High Court Sitting in Bwari Area Council has ordered Hajia Turai Yar’Adua, wife of late President Yar’Adua and the current First lady, Dame Patience Jonathan to report back to court over the out of court settlement on a disputed 1.84 hectares of land in Abuja.

The Attorney General of the Federation (AGF) and Minister Of Justice, Mohammed Bello Adoke, had informed the presiding judge of the court,  Justice Peter Affen, that the Federal Government has made arrangement for an out of court settlement.

The Minister of the FCT, Bala Mohammed revoked the allocation for what he described as “overriding public interest” and reallocated the same land to Mrs. Jonathan for the building of African First Lady Peace Mission Headquarters on the 2nd of November, 2011.

Mrs. Yar’Adua complained that the land allocated to WAYEF on 19 February 2010 was being trespassed upon by Mrs. Jonathan and got a court order dated 5 March 2012 restraining the defendants from affecting WAYEF title and interest over the land.

Those joined as co-defendants in the suit are the Minister of FCT, Federal Capital Administration and the Abuja Geographic Information System (AGIS).

He mentioned that WAYEF had already began the process of notice of committal to prison on the defendants by filing forms 48 and 49 adding that it was unfortunate that people could no longer trust the government in the country.

While adjourning the case to 24 September 2012 for report of settlement, Justice Affen “advised parties that the nature of the case is such that if parties can reach amicable settlement it would be better for all sides.”