A roadside bomb in the Marjah district of Afghanistan has killed eight civilians, leaving their bodies unidentifiable.
The governor’s office in Helmand province described the explosion which occurred after the bomb struck the vehicles of the victims, as massive.
The U.N. says last year was the deadliest on record for civilians in the Afghan war, with 3,021 killed as insurgents ratcheted up violence with suicide attacks and roadside bombs.
Meanwhile, the U.S. soldier who allegedly shot 16 Afghan villagers has been caught on a surveillance video that showed him walking up to his base and raising his arms in surrender.
According to an Afghan official who viewed the footage, the U.S. authorities showed Afghan authorities the surveillance video to prove that only one perpetrator was involved in the Sunday shootings, which have sparked outrage across the country.
Afghan lawmakers are demanding

that the shooter, identified by U.S. officials as a staff sergeant, face a public trial inside Afghanistan. They have called on Afghan President Hamid Karzai to suspend any negotiations with the U.S. on a long-term military pact until this happens.
A delegation investigating the shootings was to meet in the southern city of Kandahar on Wednesday when a bomb hidden in a motorcycle exploded about 600 yards (meters) away. The blast killed one Afghan intelligence official and wounded three other people, but the delegation members were unharmed. 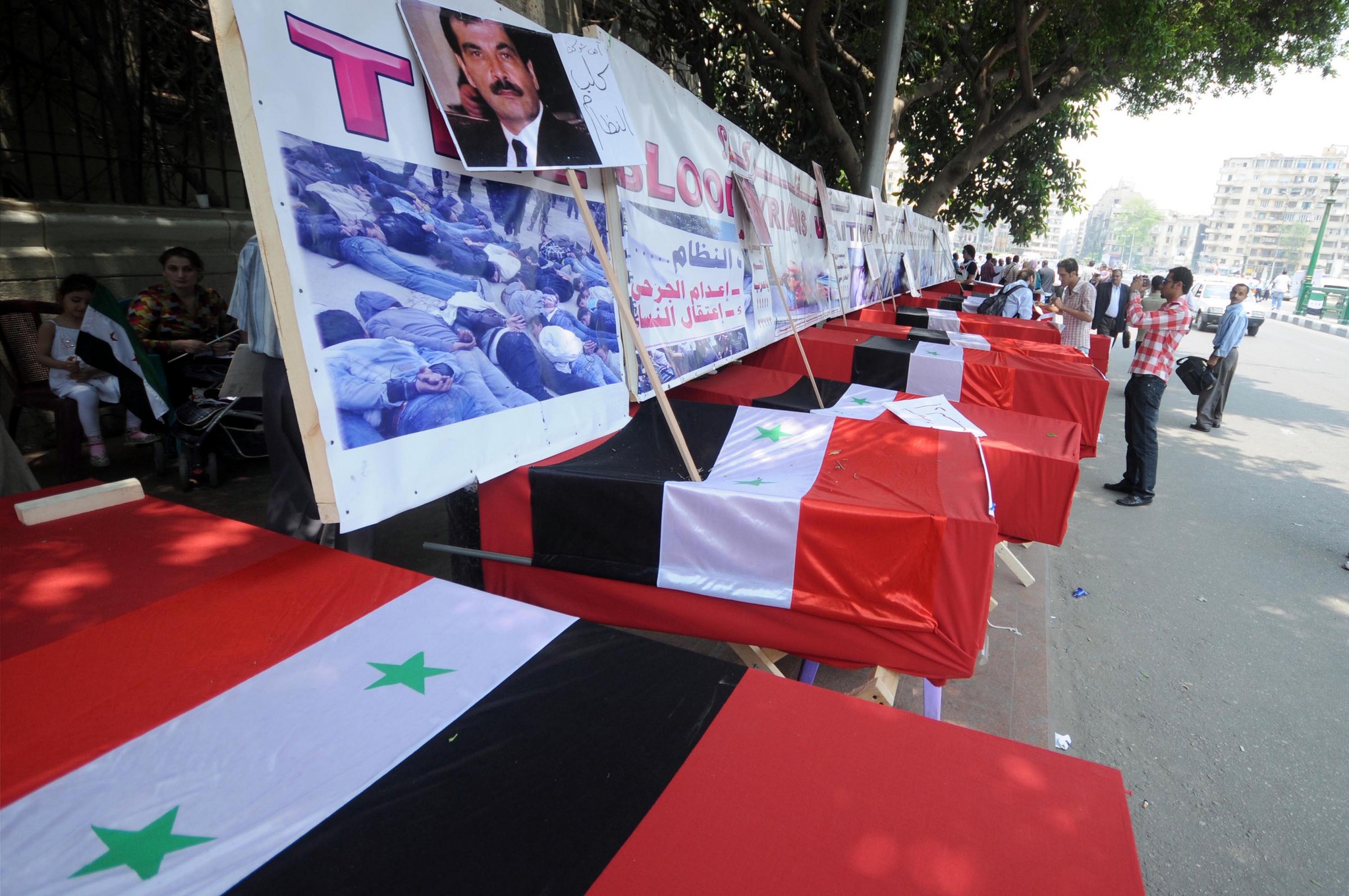 Syrian President Bashar al-Assad could be classified as a war criminal, U.S. Secretary of State Hillary Clinton said as the United Nations announced more than 7,500 civilians had been killed by his forces since the start of the revolt.

At least 25 people were killed in the shelling of opposition strongholds by Syrian forces on Tuesday, activists said. In Homs alone, opposition groups said hundreds of civilians had been killed or wounded in the 24-day-old assault.

As world dismay grew over the bloodshed, France said the Security Council was working on a new Syria resolution and urged Russia and China not to veto it, as they have previous drafts.

An outline drafted by Washington focused on the humanitarian situation in order to try to win Chinese and Russian support and isolate Assad, Western envoys said. But they said the draft would also suggest Assad was to blame for the crisis, a stance Russia in particular has opposed.

In the besieged district of Baba Amro and other parts of Homs, terrified residents were enduring dire conditions, without proper supplies of water, food and medicine, activists said.

A wounded British photographer managed to escape from Homs, but the fate of French reporter Edith Bouvier was not clear.

“There are credible reports that the death toll now often exceeds 100 civilians a day, including many women and children,” U.N. Under-Secretary-General for political affairs Lynn Pascoe told the U.N. Security Council. “The total killed so far is certainly well over 7,500 people.”

Syria’s government said in December that “armed terrorist groups” had killed more than 2,000 soldiers and police.

Asked by a U.S. senator whether Assad could be called a war criminal, Clinton told a Senate hearing: “There would be an argument to be made that he would fit into that category.” She added, however, that using such labels “limits options to persuade leaders to step down from power.”

Russia and China vetoed a draft resolution on February 4 that would have backed an Arab League call for Assad to step down. China indicated a possible shift late on Tuesday when it told the head of the Arab League it supported international efforts to send humanitarian aid to Syria.

But Chinese Foreign Minister Yang Jiechi also urged political dialogue in Syria, something ruled out by his opponents, and Russia has warned against interference in Syria’s affairs under a humanitarian guise.

Syria’s U.N. ambassador in Geneva, Faysal Khabbaz Hamoui, stormed out of the U.N. Human Rights Council after calling on countries to stop “inciting sectarianism and providing arms” to Syrian rebels.

A statement by the United Nations Resident Coordinator in Nigeria; Mr. Daouda Toure says the late Willis was one of the critically injured U.N. staff members on life support systems who were evacuated to South Africa on air ambulances in August.

The U.N. Resident Coordinator in Nigeria, Mr Daouda Toure, who has consoled the family of the victim, described the late Mr Willis as “a dedicated U.N. professional who, among other accomplishments, contributed immensely to building the capacity of staff and national institutions in vaccine security and logistics for humanity”.

The death toll from the bomb blast now stands at twenty-five made up of thirteen U.N. staff and twelve non-U.N. staff.