The UN’s top court on Thursday rejected a case brought by Qatar accusing the United Arab Emirates of discrimination during a blockade of Doha, which has since been lifted.

Qatar filed the case in 2018, a year after Saudi Arabia, the UAE, Bahrain and Egypt cut transport links over claims the gas-rich nation backed Islamists and was too close to Iran.

Doha said the UAE’s actions had breached the 1965 International Convention on the Elimination of All Forms of Racial Discrimination (CERD), a UN treaty.

But the International Court of Justice said it “upholds the first preliminary objection raised by the UAE” that racial discrimination did not include nationality in this case.

“The court finds that it has no jurisdiction to entertain the application filed by the state of Qatar,” ICJ President Abdulqawi Ahmed Yusuf said in The Hague.

Qatar’s rivals agreed to lift the restrictions at a summit in early January and the UAE reopened its borders to Qatar shortly afterwards. 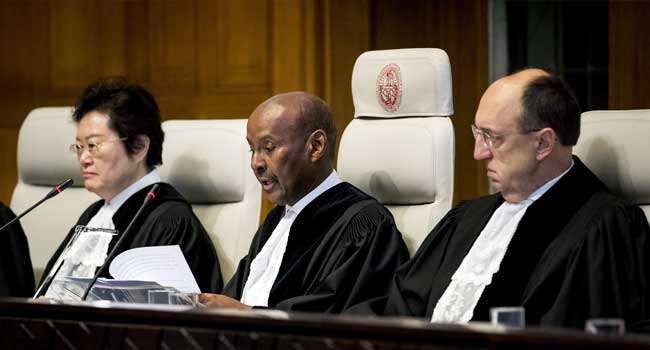 The Gambia asked the UN’s top court Tuesday to order Myanmar to “stop this genocide” of the Rohingya Muslim minority, as a hearing attended by Myanmar’s former peace icon Aung San Suu Kyi got underway.

“All that The Gambia asks is that you tell Myanmar to stop these senseless killings, to stop these acts of barbarity that continue to shock our collective conscience, to stop this genocide of its own people,” Gambian Justice Minister Abubacarr Tambadou told judges. 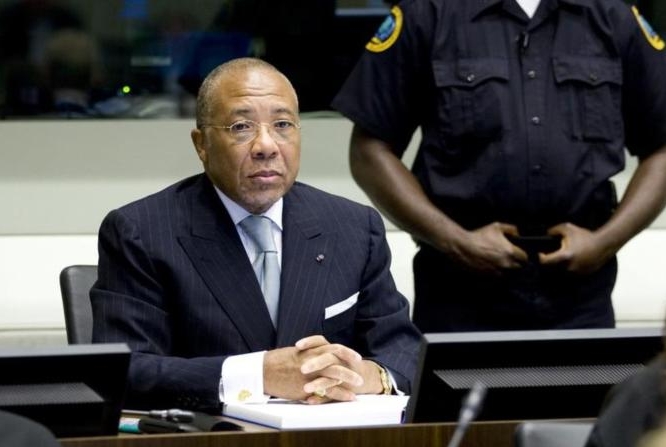 Former Liberian President, Charles Taylor, who was recently convicted by a UN-backed court of aiding and abetting war crimes in Sierra Leone, has accused the UN prosecutors of paying witnesses to testify against him.

Taylor while addressing a war crime court in Hague ahead of his sentencing on May 30, said, “Witnesses were paid, coerced and in many cases threatened with prosecution if they did not give statements,”

According to him, “I was convinced that unless peace came to Sierra Leone, Liberia could not go forward…my sadness and deepest sympathies at the crimes suffered by victims and their families in Sierra Leone.”

Once one of west Africa’s most powerful men, Taylor was found guilty last month of arming and aiding rebels who killed and mutilated thousands in Sierra Leone during a decade-long civil war that killed 120,000 people.

In a landmark first judgment against a former head of state since the Nazi trials at Nuremberg in 1946, Taylor was convicted on all 11 counts against him, including acts of terrorism, murder and rape committed by the RUF.

“Mr Taylor’s critical role in the entire campaign of terror is deserving an adequate condemnation,” Hollis told the court Wednesday.

“Mr Taylor was the root that aided, abetted and maintained the alliance: without him, the rebel movement would have died sooner” she added.

She said time Taylor had spent behind bars since his arrest in March 2006 and his transfer to The Hague three months later, should be deducted from his sentence, but not the time he spent under house arrest in Nigeria.

Taylor left Liberia in August 2003, to end that country’s civil war,, headed into exile in Nigeria where he lived until his arrest in March 2006 as he tried to flee.

Taylor’s lawyers said the prosecution’s demand was “excessive” and that their client should not be made to carry the blame alone for what happened in Sierra Leone’s war, which ended in 2001.

“Peace would not have come to Sierra Leone but for the efforts of Charles Taylor,” his lawyer Courtenay Griffiths told the hearing in leafy Leidschendam, just outside The Hague.

The trial heard that children under the age of 15 were abducted and conscripted during the conflict, and had the letters “RUF” carved into their foreheads and backs to deter escape.

The RUF rebels were notorious for hacking off the hands and legs of civilians.

Handing down the verdict last month, Judge Richard Lussick stressed that although Taylor had substantial influence over the RUF, including its feared leader Foday Sankoh, “it fell short of command and control” of rebel forces.

Sankoh died in 2003 before he could face trial.

Taylor, Liberia’s president from 1997 to 2003, had dismissed the charges as “lies” and claimed to be the victim of a plot by “powerful countries.”

Authorities in Nigeria arrested Taylor in March 2006 as he tried to flee from exile after being forced to quit Liberia three years earlier, ending that country’s own civil war.

He was transferred to The Hague in 2006 amid security fears should he go on trial in the Sierra Leone’s capital Freetown.