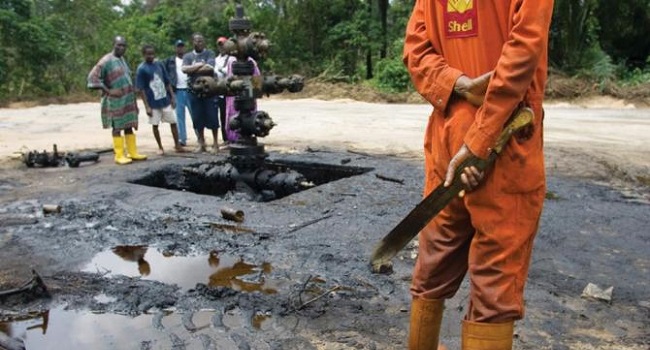 According to BBC Africa, this decision overturns a previous Appeal Court ruling and represents a victory after a five-year legal battle.

The Niger Delta communities say decades of pollution have severely impacted their lives, health, and the local environment. Shell in its defence argued that it was only a holding company for a firm that should be judged under Nigerian law.

The Supreme Court, therefore, ruled that the cases brought by the Bille community and the Ogale people of Ogoniland against Royal Dutch Shell were arguable and could proceed in the English courts.

Royal Dutch Shell did not dispute that pollution had been caused but argued that it could not be held legally responsible for its Nigerian subsidiary and that the pollution was the result of “crude oil theft, pipeline sabotage, and illegal refining”.

This is coming barely two weeks after a Dutch Court ruled that the oil giant is liable to pay four farmers in the Niger Delta compensation over oil pollution in their communities.

After 13 years of legal wrangling, an appeal court in The Hague ruled on January 29 that Shell’s Nigerian branch must pay out for oil spills on land in two villages.

The case, backed by the Netherlands arm of environment group Friends of the Earth, has dragged on so long that two of the Nigerian farmers have died since it was first filed in 2008.